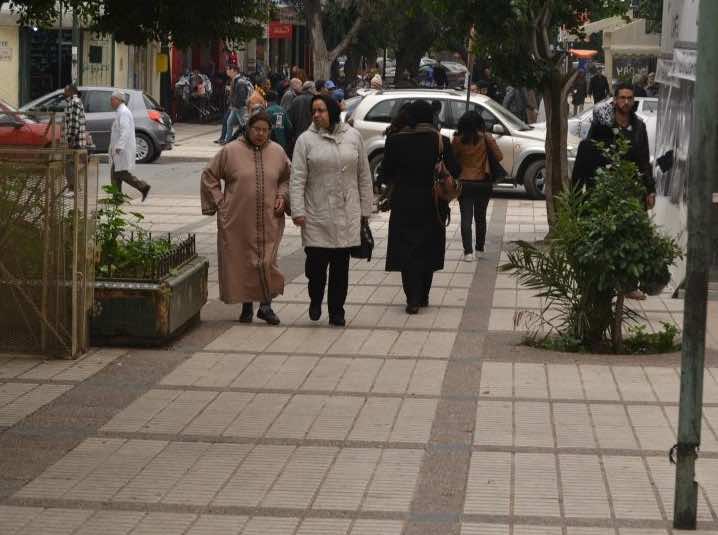 Rabat – Three women were sitting in the local hospital discussing something that sounded controversial to me, and as I happened to eavesdrop, I could not help but state my opinion and say, “The same weight that is laid on a woman who committed adultery must also be laid on the man.”

The conversation seemed to suggest that men’s adultery is something women can do nothing about. One of the women, a mother, argued that “one could never tell if a man has committed adultery; unlike women, he has nothing to lose.” She was referring to losing virginity. But actually, both men and women can lose their virginity, but a women’s virginity is held in higher regard due to her biological differences.

The other woman, also a mother, complained, “Girls these days are out of control! They would let anyone approach them. The real woman is the one who can preserve herself and protect her and her family’s honor.” This triggered the thought: what constitutes a woman’s “honor”?

I was muted in shock until the third participant, also a woman, decided to contribute: Lucky is the women who managed to find a man to conceal her”. Although the verbatim translation may not quite embody the idea, she implied that a woman needs a man above all else, not to protect her, not to love her, nor appreciate her, but rather to keep her “honor.” Lucky is the woman who has a man to hide and conceal her body, as if he is doing her a favor, as if he is saving her life. This conversation bothered me enough that I had to state my own opinion.

I am completely aware of the cultural and religious situation in Morocco, as I am also part of women’s struggle to earn dignity and basic human rights. However, men and women must be treated fairly.

I addressed the three women and shared my opinion about the matter: adultery needs two – a man and a woman – to happen. What we already know is that Arab society is generally stained with a great deal of patriarchy. In Islam, God has forbidden adultery for both men and women, but society has taught us that men are privileged, flexible, and more easily exonerated of adultery.

Some men came to believe that they could get away with adultery. Society allowed them this luxury; or rather they allowed themselves the false privilege of doing so. A patriarchal society is one that is “ruled by the male head of a social unit. The patriarch is typically a societal elder who has legitimate power over others in the social unit.”[1] In everyday conversation, a patriarchal society means one where women are dominated by male power. Thanks to the great efforts of women who lead the war against this social inhumanity and injustice, monumental changes have been made concerning women’s rights and the family code in Morocco.

However, the problem is not the laws and regiments. Rather, it is the social beliefs and behaviors that legitimate adultery for men and place all its weight on women. It is not only adultery to which we can apply this theory, but to several aspects of the Moroccan society as well, such as divorce and other family issues.

Why do some women accept and reinforce those ideological traits of patriarchy by blaming their sisters and expecting them to kneel to these dehumanizing beliefs? How can society develop and improve if women are blaming each other for the mistakes that are made in a partnership between a man and a woman? How can adultery or any other misbehavior be genuinely and solely attributed to women?

My hope is to bring greater awareness of the effects society has on us, because it is not always correct. The social judgment in this matter discriminates against women and gives plenty of misused freedom to the other sex. Mothers ought to teach their children that the same weight is laid on them. A girl should not be raised to fear and shame. On the other hand, there must be a confinement to the way adultery is socially treated as a sexual privilege for men. Society needs the collaboration of all its members to demolish those mistaken social behaviors. Whether consciously or not, many submit to those beliefs and values blindly, and speak the patriarchal mind that is deeply embedded within. The incident that I had encountered was one of which I hope to never revisit.

The women with whom I happened to have this conversation could not understand my point of view because they were deep in the dark hallows of outdated customs and social beliefs. They honestly thought that I was seeking chaos with my opinions, because some believe that when a woman speaks her mind, she is planning a mischief.