Rabat - Forbes Magazine has released its list of the world's billionaires. The list included three Moroccan billionaires, and despite plummeting oil prices, weakened Euro, it was still a pretty good year for billionaires overall, said the magazine. 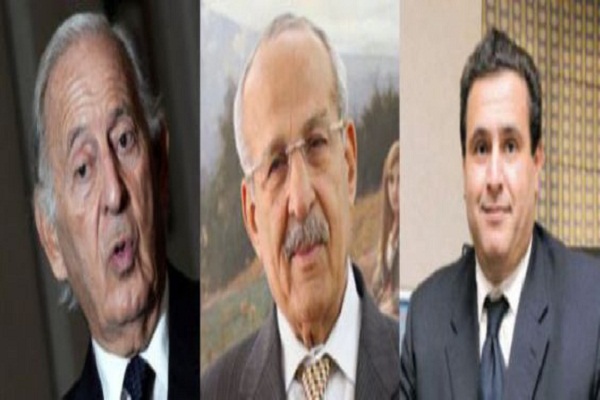 Rabat – Forbes Magazine has released its list of the world’s billionaires. The list included three Moroccan billionaires, and despite plummeting oil prices, weakened Euro, it was still a pretty good year for billionaires overall, said the magazine.

In Morocco, the richest person is, once again, Othman Benjelloun. The CEO of BMCE Bank, one of Morocco’s largest banks, is ranked 810 globally with an estimated fortune of $2.3 Billion. The 82-year-old has additional interests in insurance and telecom through his holding company, FinanceCom.

The second richest Moroccan is Aziz Akhnnouch. The current Minister of Agriculture and Fisheries is ranked 1118 in the global billionaires’ list with a net worth estimated at $1.7 Billion based on his ownership and control of Akwa group, a multi-billion dollar conglomerate with interests in petroleum and chemicals through its publicly-traded subsidiaries Afriquia Gas and Maghreb Oxygene. The conglomerate has also businesses operating in media, real estate development and hotels.

Third in line is Miloud Chaabi, 86, who is ranked 1415 overall with a fortune estimated at $1.3 billion. Miloud Chaabi’s Ynna Holding develops real estate, operates hotels and supermarkets, and is the majority owner of SNEP, a chemical manufacturer in Morocco. The magazine says that Chaabi’s net worth is down due to lower multiples for comparable publicly-traded companies.

Globally, Bill Gates, the founder of tech giant Microsoft, is once again the richest person on the planet. He has held the title of the richest person in the world for 16 of the past 21 years. His fortune grew $3.2 billion since last year to $79.2 billion.

Forbes said that this year’s biggest loser in dollar terms is Aliko Dangote of Nigeria. Currently Africa’s richest man, Dangote’s fortune dropped to $14.7 billion from $25 billion last year, mainly due to a weaker Nigerian currency and shrinking demand for cement, his largest asset.

Prince Al Walled Bin Talal Alsaud is again the richest man in the Arab world with a net worth estimated at $22.6 billion. The Saudi prince owns stakes in private and public companies in the U.S., Europe and the Middle East.