Rabat - According to a new report by McKinsey Global Institute, Morocco is the most indebted among Arab and African countries. The kingdom's debt-to-GDP ratio stands at 136 % or an increase by 20 percentage points of GDP. 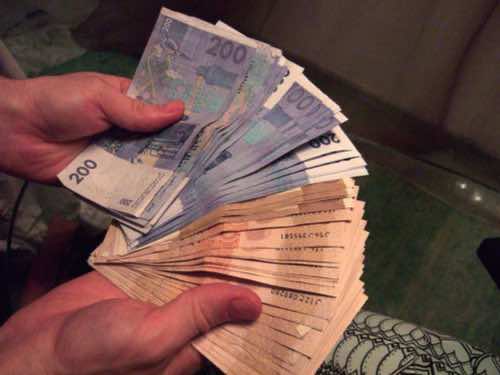 Rabat – According to a new report by McKinsey Global Institute, Morocco is the most indebted among Arab and African countries. The kingdom’s debt-to-GDP ratio stands at 136 % or an increase by 20 percentage points of GDP.

Morocco is ranked 29 in the McKinsey’s new report which “examines the evolution of debt across 47 countries, 22 advanced and 25 developing, and assesses the implications of higher leverages in the global economy and in specific sectors and countries.”

The analysis focuses on the debt of the “real economy”: governments, nonfinancial corporations, and households. The report has revealed that debt-to- GDP ratios have increased in all 22 advanced economies reviewed by the study, and in many cases, they have increased by more than 50 percentage point.

Morocco comes ahead of both Egypt and Saudi Arabia which have actually succeeded in reducing their debts.

The biggest contributor to the rise of global indebtedness is government debts? which have increased by $25 trillion between 2007 and 2014.

The study says that countries starting the process of decreasing the percentage of debts (deleveraging) would require implausibly larges increases in real GDP growth or extremely deep fiscal adjustments.

It added that to reduce government debt, countries may need to consider new approaches, such as more extensive asset sales, one time taxes on wealth, and more efficient debt restructuring programs.

“Debt will remain an essential tool for the global economy, funding needed investments in infrastructure, business expansion, and urbanization. But high debt levels, whether in the public sector or private sector, have historically placed a drag on growth and raised the risk of financial crises that spark deep economic recessions,” the study said.

The report calls on Moroccan policy-makers and their counterparts in countries with high percentage of debts to consider more ways to reduce government debt and reevaluate how incentives in the tax system encourage the amassing of debt.

“When there are signs of credit bubbles, regulators can seek to cool markets with countercyclical measures, such as tighter loan-to-value rules and higher capital requirements for banks. Debt undoubtedly remains an essential tool for financing economic growth. But how it is created, used, monitored, and (when necessary) discharged still needs improvement,” Mckinsey added.

The McKinsey Global Institute (MGI), the business and economics research arm of McKinsey and Company, was established in 1990 to develop a deeper understanding of the evolving global economy. They provide leaders in the commercial, public, and social sectors with the facts and insights on which to base management and policy decisions.