Fez - Perhaps no Minister in Morocco’s current government has ever been remorselessly reproached and harshly criticized like Minister of Communications and Spokesperson of the Government Mr. Mustapha El-Khalfi following his interview on February 26 with the French radio channel Europe 1. 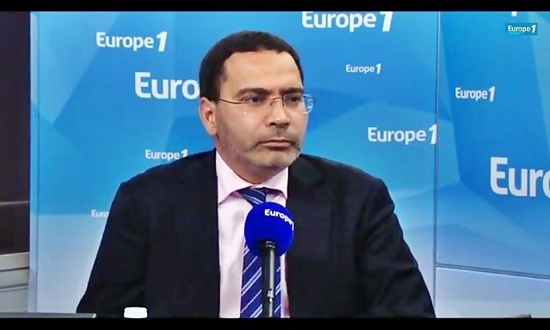 Fez – Perhaps no Minister in Morocco’s current government has ever been remorselessly reproached and harshly criticized like Minister of Communications and Spokesperson of the Government Mr. Mustapha El-Khalfi following his interview on February 26 with the French radio channel Europe 1.

Commentators on social networks reacted with blatant mockery and indignation (even disrespect sometimes) toward Mustapha El-Khalifi, particularly at his lack of mastery of the language of Molière. ‘Lacking in charisma, self-confidence and, worst of all, accurate French grammar.’ This is how Mr. El-Khalfi was caricatured.

My mission here is not to defend the Minister- though out of objectivity, even the devil should be given his due- but rather to debunk some of the considerations on which the wave of destructive criticism was built.

First of all, Mustapha El-Khalfi is Moroccan, and his mother tongue, which he has mastered perfectly, is either Arabic or Tamazight. His interviewer, Emmanuel Faux, who looked head and shoulders over our Minister (and that’s not surprising at all, since he was speaking in his language) couldn’t pronounce even the simplest words in the Moroccan national languages, let alone give an interview to a Moroccan channel. Mustapha Al-Khalfi, by contrast, is a polyglot, speaking Arabic, Tamazight, French, and English.

It’s almost incomprehensible to me how some Moroccans consecrate French and deem it sacred, and woe betides anyone who misuses it, while Arabic, the sacred language of the Qur’an, and Tamazight are shamelessly underestimated.

Recently, the Minster of National Education and Vocational Training allegedly told a French journalist that he doesn’t speak Arabic and the news didn’t make a buzz! After more than fifty years of Morocco’s political independence, I feel the colonial ideology is still there in language policy, inflicted by the Moroccan French lobby not only to maintain their powerful socio-cultural status, but also to sustain France’s interests, or what some prefer to call neo-colonialism. French, therefore, has been made our destiny, despite its tragic downfall in the world.

Before we make any hasty judgements, we have to bear in mind that Mr. El-Khalfi is the spokesperson of the government, and he was speaking as a Minister representing his government, not as an ordinary Moroccan citizen. This means that he would be accountable for any irresponsible or personal statements he gives on behalf of the government, and for which Morocco might later on pay a high price.

To me, Mr. Al-Khalfi was very cautious with the interviewer, and tenaciously refused to yield to his many attempts to elicit information on sensitive issues, even though some questions were really bothering and perplexing. As a spokesperson of the Moroccan government, I believe, Mustapha El-Khalfi did exactly the right thing not to jeopardize France-Morocco relations only a few days after they were normalized.

As Dale Carnegie once said, anyone can criticize, complain, and condemn, but it takes character and self-control to be understanding and forgiving. It seemed to me very irrelevant to pick on Mustapha El-Khalfi’s level of fluency in the French language and not discuss the core of the issue for which he was invited to the channel. Very few reactions really tackled the crux of the problem and discussed the Moroccan-French relations after a year of tension. Most comments, however, went dramatically astray and centered on the man rather than on his ideas and arguments.