Rabat - A woman in the United States has decided to wear Hijab to "remind herself what it's like to be an outsider." She will wear the Islamic garment for all 40 days of the Lenten season, according to news website Buzzfeed. 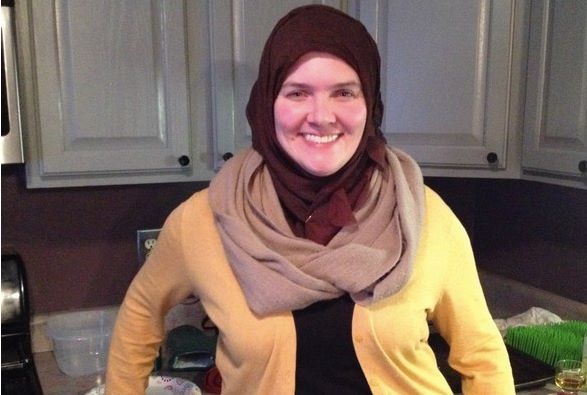 Rabat – A woman in the United States has decided to wear Hijab to “remind herself what it’s like to be an outsider.” She will wear the Islamic garment for all 40 days of the Lenten season, according to news website Buzzfeed.

Jessey Eagan, a Christian mother of two who works as a children’s director at a church in Peoria, Illinois, said that her objective from wearing the Hijab is to encourage other people, especially within her community of devout American Christians, to break down barriers between Islam and Christianity and remind them of Christianity’s teachings about love and accepting “all people no matter what they look like.”

“Jesus said to love our neighbors, strangers, and enemies. I think this is something that is not often taken seriously by many Christians,” she was quoted by Buzzfeed News as saying. “We are so influenced by the media, that we allow fear to take over, and forget to love. Fear is the opposite of love.”

The project is labeled #40DaysofHijab in reference to the Lent season, a religious tradition that covers a period of approximately six weeks before Easter Sunday and is observed by many Christian denominations.

She said that she “wanted to see what their [Muslims] life is like, to see how it’s different from mine.”

Eagan is no stranger to the Muslim world. She moved with her husband, Jeff, to Jordan seven years ago where they taught in an Islamic school and volunteered at an Iraqi refugee clinic.

“While we were there we met many Muslims and built great personal friendships with them. And living in a culture where I stuck out like a sore thumb,” she told Buzzfeed News. “I personally know what it can feel like to be an outsider, and I wanted to remind myself of that, so that I can better love all people, no matter what they look like.”

Her husband works for an organization that teaches North American Christian about Islam called the Crescent Project. Eagan said that her upcoming step would be to use make-up to “darken” her skin and “go out into the community.”

“My friend told me that white Muslims and brown Muslims have different experiences, as do black Muslims, within the Islamic community as well as in the community at large,” she said.

“This is all about helping my people, specifically white Christians, learn how to see difference, embrace it, and engage with it. That’s what hospitality does. It welcomes people who were once outsiders into a community with love and the desire to understand,” she added.

Eagan said that she expected to receive backlash or that people would threaten her. However, she added that she has been “proven wrong each time.”

To give an example, she described one interaction she had with a friend in her local area: “Yesterday at church a woman, whom I have known for quite a long time, came up to me and said, ‘Jessey, I wanted to let you know that I have been reading your blog and I am so proud of you and what you are doing. Before reading your blog, I never would have even made eye contact with someone wearing hijab. But I was at an event the other day where I saw a Muslim woman and I did make eye contact with her”.

“How great is that? Such a small gesture for her to make, and at the same time it was a huge step for her,” Jessey concluded.