Rabat - The Moroccan economy showed resilience to external shocks in 2014 despite the unfavorable international context, Economy and Finance Minister said on Thursday in Rabat.

Rabat – The Moroccan economy showed resilience to external shocks in 2014 despite the unfavorable international context, Economy and Finance Minister said on Thursday in Rabat.

Speaking to the press following the weekly government meeting, the Minister said that the preliminary results of the national economy performance in 2014 indicate that growth stood at 3% while inflation was maintained at 0.4%.

During the same year, the trade balance deficit shrank by 6% while the export-import coverage ratio rose by 3.9% jumping from 48.3% to 51.7%, the Minister said. 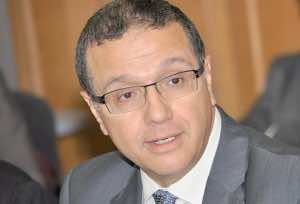 Boussaid ascribed these positive results to the large-scale investments implemented in Morocco’s Global Jobs (Méters Mondiaux du Maroc), such as the car industry whose exports spiked 26.5% in 2014 to be Morocco’s leading export sector. The same growing trend was witnessed in electronics with a 26.2% increase while aeronautics and textile grew by 3.2% and 3.9% respectively.

The 2014 trade balance also improved thanks to a 7.2% growth in exports and the stability of imports at 0.1%, the Minister added, noting the beneficial impact the drop in oil prices had on Morocco’s energy bill during the last months of 2014.

The remittances of the Moroccans abroad rose 2.3% while foreign direct investments increased by 7.8%, added the Minister.

The budget deficit stood at 4.9% within the limit set by the 2014 appropriation bill which shows that Morocco is on track to establish macro-economic balances, noted Boussaid.