Tunis - Seventeen women's associations with a focus on different areas concerning women joined forces at a conference entitled “Gender Parity in Decision-Making Positions in Public Service,” at the end of February in Tunis highlighting an issue of concern to all women: gender parity.

Tunis – Seventeen women’s associations with a focus on different areas concerning women joined forces at a conference entitled “Gender Parity in Decision-Making Positions in Public Service,” at the end of February in Tunis highlighting an issue of concern to all women: gender parity.

Since Tunisia gained its independence in 1956, Tunisian women’s freedom issues have been given priority on the political and constitutional agenda. Although in Bourguiban times, the emancipation of women was guaranteed by the Personal Status Code, and in Ben Ali times, the so-called Leila Ben Ali’s syndrome empowered women and provided them with security, after the “revolution,” women’s achievements have been criticized by some “salafists,” arguing that “Women should wear the veil, and women are not equal to men.” 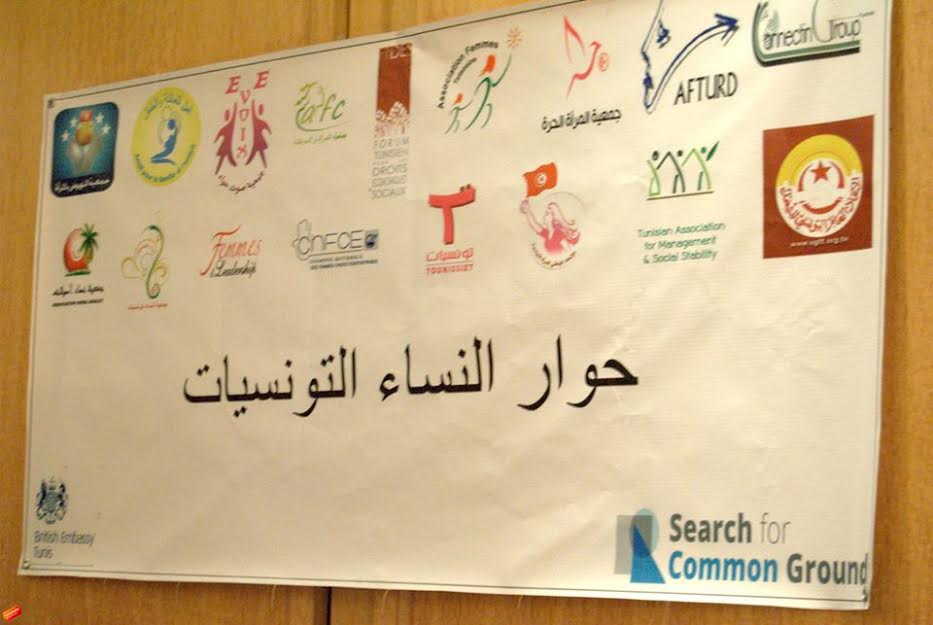 After January 14, 2011, the debate turned into an issue of equality between women and men, though women’s status in Tunisia didn’t actually need any “revolution” at the time because since 1956, citizens — whether they are women or men — have had the same rights and duties. President Habib Bourguiba had passed that year the “Personal Status Code,” which outlawed polygamy and repudiation, and established marriage by mutual consent and the right for women to ask for divorce as well.

Much later in 2014, Article 46 of the new Constitution guaranteed equality between the sexes and highlighted the principle of parity: “The State is committed to protecting the acquired rights of women. It supports and works to improve them. The State guarantees equal opportunities between women and men to take on different responsibilities and in all areas. The state is working to achieve parity between women and men in elected councils and shall take the necessary measures to eradicate violence against women.”

The political ebullition (since the revolution) that has led people to announce publicly their ideologies, has also precipitated further divergence not only between women and men, but also among women themselves. The media has described some women as secular and others as Islamists. In this sense, several NGOs have acted to help them find a compromise. A recent example is the organization Search for Common Ground (SFCG), which organizes meetings of women of different ideologies to promote an understanding of the shared visions and to explore interests beyond positions.

“This platform is a source of mediation and negotiation because dialogue can transform conflicts and seek to find a compromise, like a Tango dance where two different people look to find a harmony,” said Ikram Ben Said, Senior Program Manager.

The conference organized by SFCGs section in Tunisia on Friday, February 27 in the capital, Tunis, celebrated the launch of a Women’s Dialogue legal advocacy campaign. The campaign is targeting the amendment of laws related to women in public service, in which analysts have found a lack of parity.

These laws are related to Law N. 83-112, passed December 12, 1983, on the general status of employees of the state, local authorities, and public administrative institutions. (JORT N. 82 of 16 December 1983). Article 11 states that apart from the special provisions depending on the nature of jobs, no distinction is made between the two sexes in the application of this Article. While Article 28 states that promotion is the accession of the official to the next higher grade than he holds, it notes several exceptions when it comes to gender. “Laws 28 and 11 should be amended because they do not clearly guarantee parity. The word ‘parity’ should be included in the text,” said Radia Jerbi, President of the Tunisian Women’s National Union.

But lawyers who are experts in the field believe that legal changes will not combat or transform gender stereotypes. “Before the legal procedures, we must change mentalities. At the same time, in the texts of laws, the mention of exceptions clearly means that there is no total parity such as exists in the Scandinavian countries, for example, and where leave given to women for special reasons does not [influence on the scale of skills (for instance, women can be promoted even if they take leaves to look after their children),” explained Chawki Gaddes, a specialist in public law.