Winter Park, Florida - In light of the recent attack on the satirical Parisian magazine, Charlie Hebdo, different spheres of cultural, religious, political, and social dialogue have merged together to create a clump of confusing questions about what the attack represents. How can we prevent such attacks from happening? How can we ever know we are completely safe when we are fighting a chameleon of an enemy? What does this say about free speech? Should free speech protect blaspheme? And is French culture so wrapped up in its history of satirizing everyone that it won’t accept the correctement politique of American social justice? 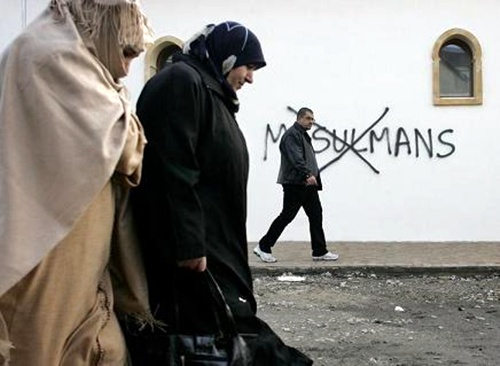 Winter Park, Florida – In light of the recent attack on the satirical Parisian magazine, Charlie Hebdo, different spheres of cultural, religious, political, and social dialogue have merged together to create a clump of confusing questions about what the attack represents. How can we prevent such attacks from happening? How can we ever know we are completely safe when we are fighting a chameleon of an enemy? What does this say about free speech? Should free speech protect blaspheme? And is French culture so wrapped up in its history of satirizing everyone that it won’t accept the correctement politique of American social justice?

And the list goes on. What most people have seldom realized is how these attacks work to isolate Muslim communities in Europe, thus creating a culture of alienated young Muslims who find solace in joining terrorist organizations. It sounds like an oversimplified excuse, but the statistics don’t lie. In France—a traditionally secular country—only less than 2 million of the 5 million Muslims living there are interested in religion. Al-Qaeda knows that France has a high percentage of Muslims living within its borders and wants to break any disinterest from secular or moderate Muslims. How is this achieved? Through the deliberate polarization of Muslims in Europe.

Europe is known to have had a boom in an ever-growing Muslim population. This change has not gone unnoticed by non-Muslim Europeans who have felt frustrations over many practicing Muslims’ difficulty in assimilating to European culture. History tells us that when such tensions arise, scapegoating is born. Fear of “the other” nests in European minds: unemployment is the fault of “the other,” violent crime is the fault of “the other,” and, hey, they don’t even dress like us! The gall.

Most Muslims in Europe, though, have integrated quite well into European society for generations. But political tensions and constant terrorist attacks staged in the name of Islam have made Islamophobic sentiments acceptable.

Unlike anti-Semitism, there is no strong taboo against Islamophobia in Europe—particularly in Germany. In 2014, the German populist group PEGIDA (Patriotic Europeans Against the Islamization of the West) staged a series of anti-Islam rallies in Dresden. Thousands of demonstrators turn out for these rallies in the span of a single evening and the numbers have increased dramatically after the Paris attack.

Although groups like PEGIDA are not recognized by any political parties in Germany, this unyielding Nationalist, Populist sentiment is paving the way for far-right political parties throughout the rest of the continent. Right-wing agendas have already pushed their way to the foreground of mainstream politics in Europe. Politicians like Marine Le Pen, president of the French far-right National Front party, will take advantage of this opportunity to give way to xenophobic policies. Extremism meets extremism and a loop of public fear will surely shake Europe the way that it shook Americans post-9/11.

Since the attacks took place in Paris, one of the most culturally enriched cities in the world and the birthplace of the Rights of Man, the idea of liberty seems to be attacked from all sides. Time magazine’s David Von Drehle calls the attack (and the related killings at a Parisian kosher market) an event that “wove together so many strands of Western failure.” As Le Pen stated in her op-ed piece for The New York Times, “the world knows that when France is attacked, it is liberty that is dealt a blow.”

But the fact of the matter is that freedom of speech has been historically irresponsible to representing grievances made by Muslims. Unwavering in its blurred history of colonialism, the West has done a fairly good job at alienating and silencing Muslims for the past century or so by characterizing them as barbaric, uncivilized war Mongers. This is why the modernity of the Charlie Hebdo terrorists is so surprising to us. We tend to equate the West with civilization, human rights, and forward-thinking individualism. It’s a kind of one-sided liberalism that allows us to erase the history of brutally violent Western takeover and silence the oppressed. Liberty was dealt a blow long ago—and it continues to do so all over the world.

As political scientist Sara Silvestri noted in Drehle’s article on Paris after the attack, “They [European Muslims] are caught, with fire from all sides” while feeling “stigmatized and interrogated for something they didn’t do, didn’t think and didn’t wish for.” Silvestri concludes that such resentment could “perhaps in the long term…be more dangerous to social coexistence than the terrorist acts themselves.”

There is no clear solution for diminishing public fear and resentment. No idealistic words of encouragement could cover up the mass of bodies slain in the name of God. But, it seems that the true enemies of fear and terror are solidarity and tolerance. Driving a deep wedge between Muslims and the rest of the world will only benefit those who seek to carry out hateful, parochial messages amidst public disarray.