Taroudante- Moroccan dancer who goes by the name “Salah Entertainer” won the fourth season of Arabs Got Talent, an Arab reality television talent show on MBC4 on Saturday. 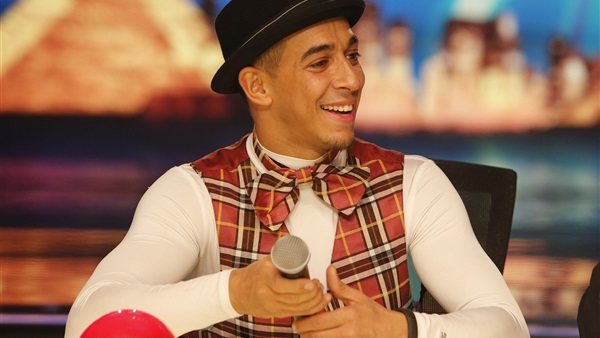 By
Larbi Arbaoui
-
Larbi is a freelance writer and assistant editor at Morocco World News.
Mar 8, 2015
Spread the love

Taroudante- Moroccan dancer who goes by the name “Salah Entertainer” won the fourth season of Arabs Got Talent, an Arab reality television talent show on MBC4 on Saturday.

Following an extraordinary and fierce competition during season four, the Moroccan dancer deservingly won the title of this year’s Arabs Got Talent.

Salah, who is 35 years old, lives in Paris and won the France’s Got Talent reality TV competition in 2006.

The Moroccan freestyle dancer stood frozen for several seconds, and then broke into uncontrollable sobs when the hosts Qusai and Raya Abirached announced he was the winner of the 2015 season.

Salah was the last to perform, but his remarkable performance, which demonstrated a perfect harmony between his command over his body and funny facial expressions, made him the most deserving of the 10 finalists.

Addressing Salah, the Egyptian judge Ahmed Helmy said, “You are a jewel; an artistic jewel. You do something incredibly difficult. You can easily put on a two-hour show without anyone getting bored.”

“You are so adorable, so cute. You make me feel like my heart is dancing from the inside,” said Najwa Karam, the Lebanese singer.

After his victory, Salah was awarded 500,000 Saudi riyals (about $133,317) and a Chrysler 300. He will also go on a trip to London to meet media executive Simon Cowell, the creator of the worldwide, multimillion-dollar Got Talent franchise.