Rabat - 191 new hotels were built in Morocco in 2014, according to official figures released on Monday. 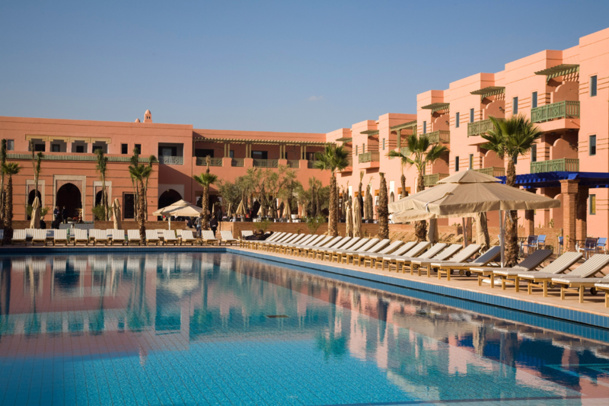 Rabat – 191 new hotels were built in Morocco in 2014, according to official figures released on Monday.

Investments in the tourism sector have contributed to the creation of 9,000 additional beds in 2014 to reach a total of 40,000 beds since the launching of the national strategy for tourism, said Imad Barrakad, President of the Moroccan Company for Tourism Engineering (SMIT).

Speaking to Maghreb Arab Press (MAP) on the sidelines of the 19th edition of the International Hotel Investment Forum (IHIF) in Berlin, Germany, Barrakad said that thanks to the presence of international tourism institutions, a significant number of projects in the tourism sector are underway in Morocco.

Barrakad said that investing in the Moroccan tourism sector is not only limited to foreign investors. He added that Moroccan nationals have also invested in hotel projects that would provide high level services.

He said that the SMIT has signed five regional programs agreements to promote Moroccan cities including, Casablanca, Rabat, Tangier and Tetouan.

The 2015 edition of the International Hotel Investment Forum is marked by the participation of destinations with high tourism potentials such as Ecuador, Italy and Brazil, said Barrakad, adding that this requires investors to make a great effort.

IHIF is a global gathering of tourism professionals and a meeting place for the hotel industry.  The event is attended by over 2,000 delegates from over 70 countries and attracts major hotel CEOs, influential global tourism ministers and the largest group of investors and hotel owners.