New York  - Morocco’s Ambassador to the UN Omar Hilale highlighted, on Monday in New York, Morocco’s achievements in the field of empowering women. 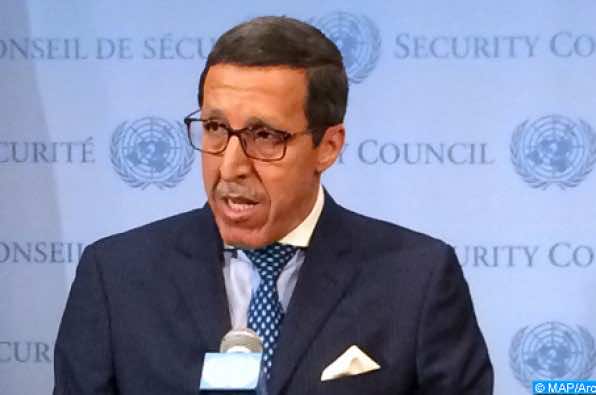 New York  – Morocco’s Ambassador to the UN Omar Hilale highlighted, on Monday in New York, Morocco’s achievements in the field of empowering women.

Addressing a high-level francophone meeting on the sidelines of the fifty-ninth session of the Commission on the Status of Women (CSW59), Hilale underscored Morocco’s achievements in the field of women empowerment which have been highlighted by international bodies notably the Human Rights Council in 2008 and 2012.

Hilale, who was speaking in his quality as President of the group of francophone ambassadors in New York, pointed to the provisions of the 2011 constitution which enshrines gender equality and the primacy of international law on domestic law.

He also recalled that Morocco ratified the Convention on the Elimination of all Sorts of Discrimination against Women (CEDAW) since 1993 and adheres since 2011 to the Optional Protocol to lifting all reservations to the Convention.

The Moroccan family code in force since 2004 has integrated the provisions of the CEDAW as well as its optional protocol into the national law, said Hilale.

On the same occasion, the Moroccan ambassador urged francophone countries to adopt the Francophonie declaration on women empowerment which, he said, should “serve as a guide orienting our participation within the Women Commission.”

The participants at the CSW59 will assess the progress made in efforts to promote gender equality and women empowerment.