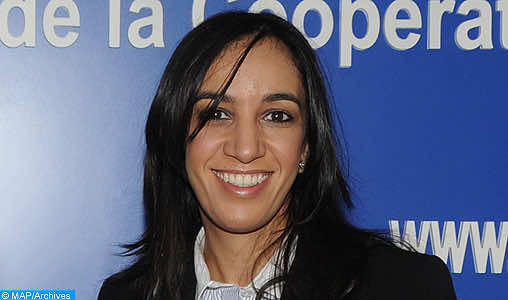 During the talks, Bouaida highlighted the strategic and multi-dimensional relations between Morocco and the United States and briefed the US Congressmen on the political, economic and social reforms undertaken in Morocco under the leadership of King Mohammed VI.

On the issue of combating violent extremism, Bouaida said that Morocco advocates a “pragmatic” and “comprehensive” cooperation to address this issue.

On the situation in the Western Sahara, Bouaida provided an overview of the latest developments on this issue highlighting the efforts led by Morocco to achieve a lasting, mutually-acceptable and realistic solution based on the parameters set in UN Security Council resolutions.

In this regard, she welcomed the US support for Morocco’s autonomy initiative as a serious, credible and realistic solution to the conflict.

Concerning the situation in North Africa, Bouaida reiterated Morocco’s position in favor of integration in the Maghreb as a way to address several social, economic and security challenges and foster stability and economic prosperity in the five North African countries of the Maghreb.

For his part, the head of the US delegation expressed satisfaction at the longstanding relations between Morocco and the US and urged the two countries to further bolster bilateral cooperation notably in the field of security.

The two parties also expressed the need for a strong and serious commitment in fighting all terrorist movements that are threatening the region’s stability and security.