Rabat- The testimony of an Egyptian girl who says she was raped in custody by three police officers at Al-Marj police station in Cairo has sparked uproar in Egypt. 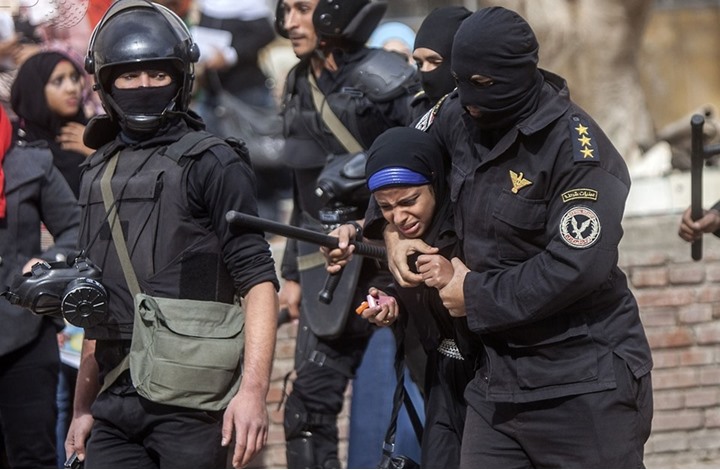 Rabat- The testimony of an Egyptian girl who says she was raped in custody by three police officers at Al-Marj police station in Cairo has sparked uproar in Egypt.

In a phone call, the 18 year-old young woman, who identified herself as Fatima, told her tragic story to Haitham Abu Khalil in his TV show entitled “Our Rights” aired on Al-Sharq TV channel.

Fatima said that she was arrested from her home on January 30, at six p.m., and was attacked in front of her family. She added “that she was transferred to Al-Marj police station in Cairo where police officers tortured her using electric detonator before they rape her.”

She said that “Mahmoud Hosseini” and two other police officers “harassed her” in the cell at Al-Marj police station where she had been detained for more than a month.

“I say to the officer who raped me: you have done everything possible to stop me from speaking the truth – but I will go on speaking out until the truth emerges and I have retribution,” Fatima said.

Speaking to the same TV Show, a man, introduced by Fatima as her brother, said, “What can we do? Is this permitted or prohibited? Where are our rights? Who should we report this to and against who? They are killing people everywhere. We are in a jungle.”

The case of Fatima went viral on social media. Thousands of users denounced the fact that law enforcement officers are allowed to commit crimes with impunity.