Dakhla, Morocco - The Crans Montana Forum held on 13-14 March in the southern city of Dakhla, in the co-called Western Sahara, marks "a diplomatic victory" for Morocco and an "international recognition" of the kingdom's territorial sovereignty over its southern provinces, wrote London’s newspaper "Al Arab” on Friday. 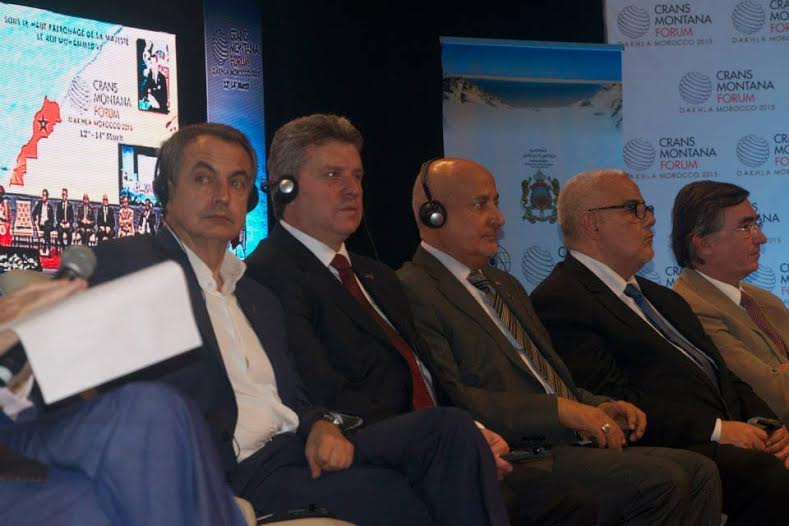 Dakhla, Morocco – The Crans Montana Forum held on 13-14 March in the southern city of Dakhla, in the co-called Western Sahara, marks “a diplomatic victory” for Morocco and an “international recognition” of the kingdom’s territorial sovereignty over its southern provinces, wrote London’s newspaper “Al Arab” on Friday.

In a report on the opening of the Crans Montana Forum in Dakhla, Morocco, featuring participation of 112 high-level state delegations and representatives from 20 regional and international organizations, the British Arabic daily said that the city of Dakhla, in the so-calle Western Sahara, is for two days the a platform for dialogue and exchange on Africa and the prospects for South-South cooperation.

The attendance of high-level state delegations and representatives from around the world at the Forum is a recognition of Morocco’s role as a hub of international dialogue and a firm response to opponents of Morocco’s territorial integrity.

Speaking during the opening session of the Crans Montana Forum, Prime Minister of the Republic of Guinea, Mohamed Said Fofana, expressed on Friday his gratitude to King Mohammed VI and to Morocco’s commitment to strengthen South-South cooperation and solidarity between the people of the world. Former President of Spain, socialist Jose Luis Rodriguez Zapatero, also attended the Crans Montana Forum.

Founded in 1986 in Switzerland, the Crans Montana Forum is a non-governmental organization focused on encouraging international cooperation, dialogue, development, stability, peace, and security in the world.

The Forum brings together illustrious figures from 36 African, 30 Asian, 31 European and 15 American countries, as well as more than 20 regional and international organizations.