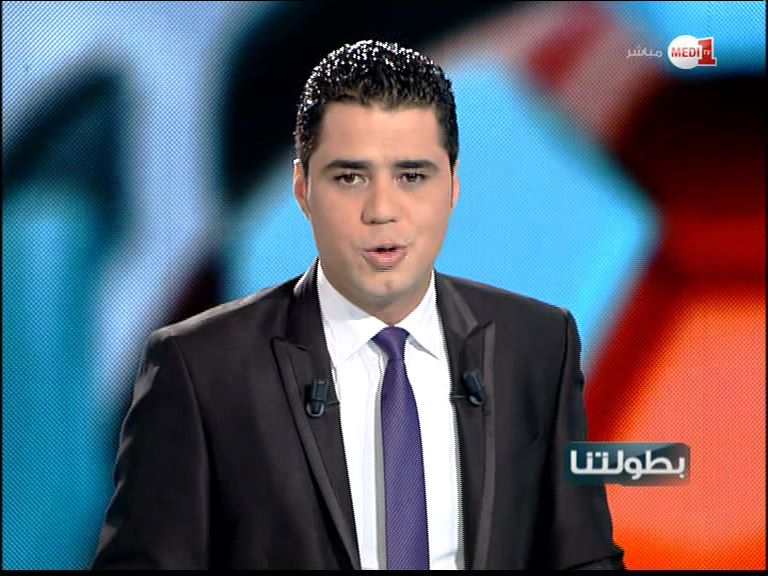 Washington DC- Morocco’s upcoming parliamentary elections have claimed their first victim journalist, this time in form of the popular sportscaster Nufal Alawamleh.  He is the host of the Medi1TV’s (Medi1) sports show Botolatona (Our League).

He was dismissed by Medi1 for what they called violations of rules that Medi1 failed to specify.  Nufal is hugely popular among Morocco’s soccer fans and is reputed for his articulation, courage, and eloquence in his reporting.

On Monday march 2nd edition, Nufal addressed the scuffles between various political parties in Morocco and their attempts to use soccer as a tool to further their political agendas in campaigning for the upcoming elections.  In this program, Nufal addressed an incident where Morocco’s Prime Minister Adelilah Benkiran was accused of political posturing by involving the legendary Moroccan team Wydad Casablanca in one of his political responses to address opposition parties.

Furthermore, Alawamleh questioned if Fawzi Leqjaa, the president of Morocco’s soccer federation, Federation Royal Marocaine de Football (FRMF), has turned the federation into a political party. He further accused him of mismanagement and of failure to keep FRMF free from politics.

“Instead of working to find solutions and to put in place strategies based on transparency and checks and balances as promised, we now witness the involvement of soccer teams and the federation in the game of politics” said Nufal in his report.

Social media sites like Facebook lit up with supporters condemning Nufal’s dismissal and showing support and solidarity with the broadcaster.  Many considered it, rightly so, as censorship and infringement of his constitutional right to free speech.

The sportscaster released many statements on his Facebook page expressing great appreciation and gratitude for the public support. In what of his statement he said “I would kiss the floor that you walk on.”

With respect to his sacking, Nafal said “The TV station’s management informed me that my dismissal had nothing with my reporting” and that “it has to do with some (rule) violations in his reporting.”   Medi1 specified nothing further, a clear sign that outside forces are at play.  This comes as no surprise to anyone who understands the local politics.

From the outside looking in, Medi1 is doing itself a huge disservice by firing him. Not only is he great for ratings, which risk to suffer greatly as many are calling for boycott of the station, but he also represents a voice of the youth that is fearless, courageous, and strives to serve not only by building, but by fighting political bullying of free speech.  I would not be a least bit surprised of Nufal Alawamleh gets picked up by Arabic sports TV station BeIN Sports.  His reporting and commentary are poignant, rich, relevant, and a joy to watch!