Rabat - According to a new survey conducted by news website Hespress, Moroccans seem to be more and more in favor of replacing French with English in the Moroccan educational system.

Rabat – According to a new survey conducted by news website Hespress, Moroccans seem to be more and more in favor of replacing French with English in the Moroccan educational system.

Of the more than 41,526 people who participated in the survey, only 14.02 percent said that French should remain the country’s first foreign language. People in favor of replacing French with English, on the other hand, pulled in a whopping 85.98 percent of the vote.

Moroccans have become more outspoken about the importance of switching the country’s education system from French to English. For the majority of them, as it is the case with the sample surveyed by Arabic-speaking news website Hespress, French is limiting their access to knowledge and economic opportunities. Even Moroccan officials have expressed on numerous occasions the importance of adopting English over French within the Moroccan educational system. For the head of government Abdelilah Benkirane, for instance, English is the language of today’s science, technology and commerce.

However, there are still people in Morocco who fiercely lobby for French to be kept the first foreign language of the country. Their efforts have yielded results as the Supreme Council for Education, Training and Scientific Research is said to be reconsidering earlier recommendations to replace French with English in the Moroccan curriculum. The new recommendations, if adopted, will be included in the Supreme Council’s Strategic Report to be submitted to King Mohammed VI.

The council headed by Omar Azziman, an advisor to King Mohammed VI, is said to have ordered the formation of a sub-committee to review the proposal of replacing French with English, a proposal already hailed by many members of the Council’s Permanent Committee on Curriculum, Programs, Training and Teaching tools in earlier sessions. 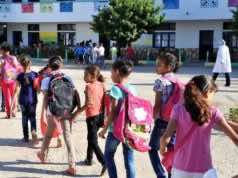 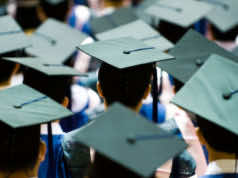 Moroccan Government Wants to Put an End to Free Education