Rabat - It seems that Queen Rania of Jordan was so excited about meeting with her good friend, Morocco's Princess Lalla Salma in Morocco that she turned to Facebook to surprise her fans with several pictures of the two. 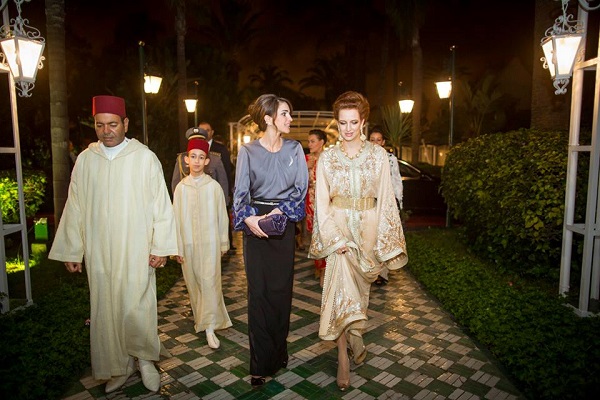 Rabat – It seems that Queen Rania of Jordan was so excited about meeting with her good friend, Morocco’s Princess Lalla Salma in Morocco that she turned to Facebook to surprise her fans with several pictures of the two.

The pictures were published on Queen Rania’s official Facebook page following her official working visit with King Abdullah II of Jordan to Morocco.

Since her arrival in Morocco On Tuesday, The beautiful Jordanian Queen has published a photo album in high definition documenting all the moments she spent with her equally stunning royal counterpart — Princess Lalla Salma.

Pictures of the enchanting royal ladies went viral on Facebook, and were widely shared by their fans, who were fascinated by their elegance.

Queen Rania and Princess Lalla Salla Salma are both ranked highly on the list of ‘World’s Most Beautiful First Ladies?, published by the US-based website, Richest Lifestyle.

In 2014, the website ranked Queen Rania as the number one most beautiful first lady, while Princess Lalla Salma holds a third place.