Taroudant - Evidence of a giant sea creature living in the Palaeozoic era has recently been discovered in Southern Morocco by a team of Yale University paleontologists. 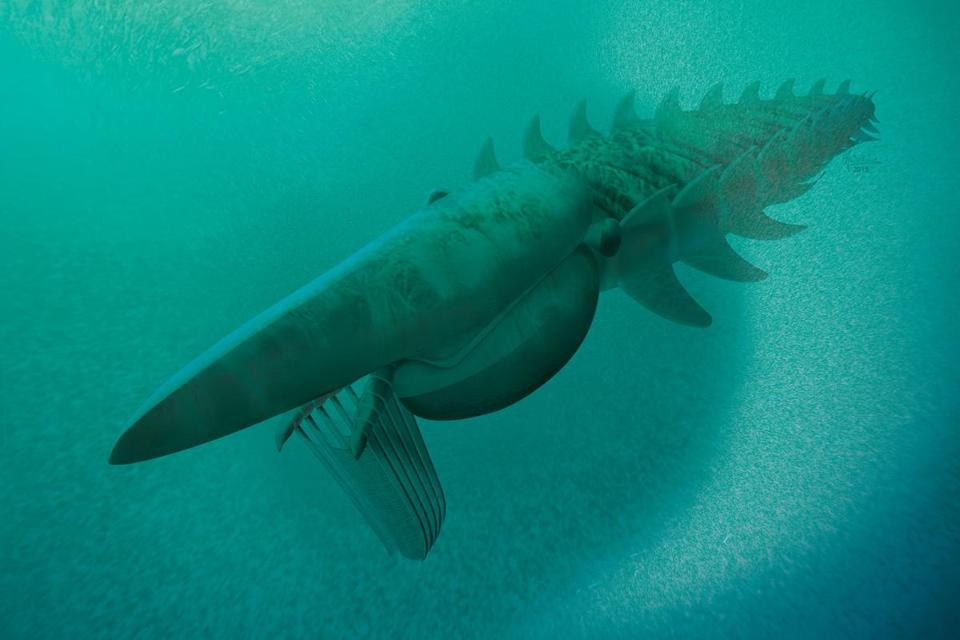 By
Larbi Arbaoui
-
Larbi is a freelance writer and assistant editor at Morocco World News.
Mar 17, 2015
Spread the love

Taroudant – Evidence of a giant sea creature living in the Palaeozoic era has recently been discovered in Southern Morocco by a team of Yale University paleontologists.

This most unusual of marine species with flaps instead of fins is considered by scientists to be one of the largest arthropods ever identified, and the largest animal on earth at the time it lived.

“It actively swims through the water, and as it swims, it sieves plankton out of the water and feeds upon it,” said Peter Van Roy, the Yale paleontologist who led the research.

“It is a very big animal. One of the biggest arthropods ever, bigger than any arthropod living today,” he added.

Van Roy said that the researchers had decided to name the species Aegirocassis benmoulae, after its discoverer, Mohamed Ben Moula.

“The number of complete anomalocaridids can be counted on less than two hands even though people spend thousands of hours in the field,” said Jakob Vinther, a lecturer on macroevolution at the University of Bristol. “These are extremely unique fossils and really, really fascinating,” he added.

In September, the skeleton of a water-dwelling dinosaur, called Spinosaurus, believed to be the largest known predator ever to roam the planet, was found in Morocco.