Rabat - Satirical Spanish television show Crackovia has recently aired an episode that tells a lot about the stereotypes that Spaniards have about their southern neighbors. 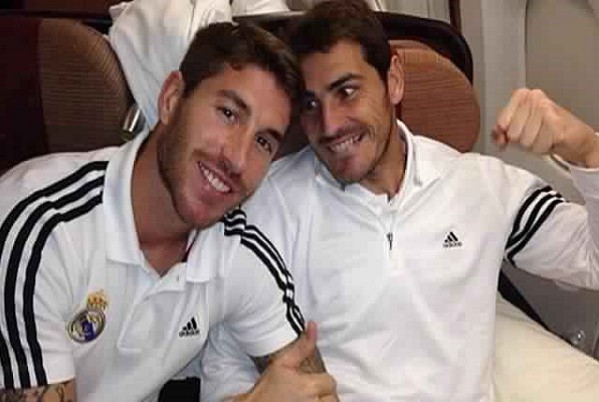 Rabat – Satirical Spanish television show Crackovia has recently aired an episode that tells a lot about the stereotypes that Spaniards have about their southern neighbors.

Morocco is being portrayed as a country where corruption is widespread and where everything can be bought. In the episode, Morocco is directly referred to as a barren desert country where it seldom rains.

The sketch begins with Real Madrid players Sergio Ramos and Iker Casillas- who are impersonated by two actors from the program- as they arrived in Casablanca Mohammed VI airport to participate in the 2014FIFA Club World Cup.

The two players are shown waiting in a line to get their passports checked. Sergio Ramos tells Real Madrid’s goalkeeper Casillas that he had thought Morocco was a desert. The latter then proceeds to explain that it is “indeed a desert, but with some oases.”

Ramos tells Casillas that he knew from a friend of his that ‘in Morocco one can bargain in almost everything,” implicitly indicating that corruption is prevalent in all aspects of life.

To make his point, Ramos hands over a swimming pool access card to the border control policeman instead of a passport, in an attempt to show his teammate that one can easily bribe his way in Morocco.

When the Moroccan policeman asks Ramos once again to provide him with a passport, the Spanish defender tries another time to bribe the officer by giving him a Real Madrid membership card.

In broken Spanish, the Moroccan policeman gets annoyed with the player’s mockery and calls on the guards to detain them and hand them over to the judge.

The judge then sentenced both players to five years and one day in prison. They were accused of not “respecting the authorities, lack of identity documents and detention of women worth 100 camels.”

Ramos refuses the verdict saying he only agrees to spend two and half years in prison. The sketch ended with the two players locked inside a Guantanamo-style prison.