Rabat - Global auditing firm Price Waterhouse consulting (PwC) has ranked Casablanca among Africa's top "cities of opportunity" based on data collected during the last quarter of 2014 and the beginning of 2015. 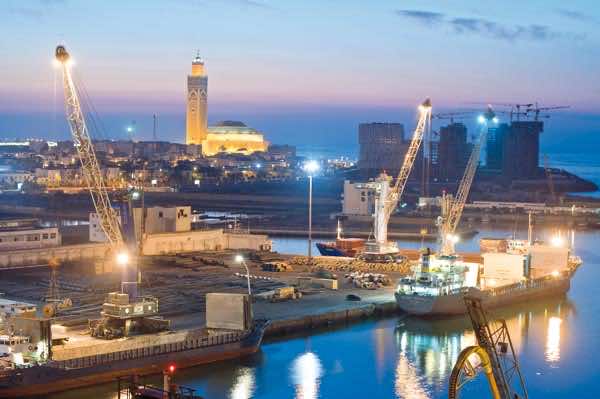 Rabat – Global auditing firm Price Waterhouse consulting (PwC) has ranked Casablanca among Africa’s top “cities of opportunity” based on data collected during the last quarter of 2014 and the beginning of 2015.

According to the report titled Into Africa: The Continent’s Cities of Opportunity, Casablanca is ranked in the fourth place among African cities which offer the best business opportunities for investors.

The PwC report ranked 20 African “cities of opportunity” based on a number of factors, including infrastructure, human capital, economics and society and demographics.

Morocco’s economic hub finishes in the top five in five of eight variables. It ranks first in both number of headquarters of top 500 companies and GDP diversity, third in financial services and fourth in GDP per capita. However, Casablanca was let down by poor diversity and population growth.

Casablanca is also among the cities ranked in the report that have concluded or initiated significant modernization projects.

The city inaugurated both the largest mall in Africa and a tram network. A new train station has also opened, which will begin high-speed rail service to Tangier. Also awaiting completion in 2015 is a new marina, another mall, and the 24,000-square-metre Grand Théatre de Casablanca.

North African cities dominated the top five thanks to strong infrastructure. Cairo ranked first mainly due to how long it has been around. According to the report, “older cities often have more extensive infrastructure because they have been long enough to address their needs.”

The Egyptian capital is followed by Tunis, Johannesburg, Casablanca and Algiers. The overall ranking is the sum of performance in all 29 variables grouped under the five aforementioned factors.