Taroudant - A new ambitious project designed to preserve Jewish heritage in Morocco has been launched by Vanessa Paloma El Baz, a Moroccan Jew. 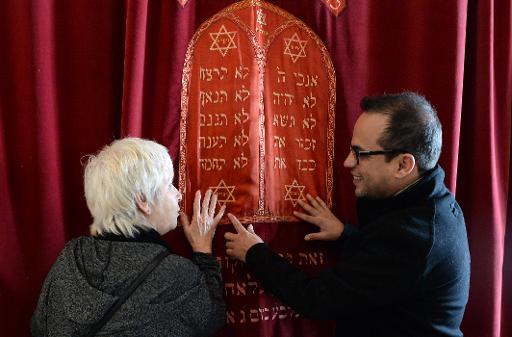 By
Larbi Arbaoui
-
Larbi is a freelance writer and assistant editor at Morocco World News.
Mar 19, 2015
Spread the love

Taroudant – A new ambitious project designed to preserve Jewish heritage in Morocco has been launched by Vanessa Paloma El Baz, a Moroccan Jew.

Since 2007, the researcher and interpreter of songs of Judeo-Moroccan heritage has collected hundreds of records and continues to do so in her small office in Casablanca, the city where most of the Jewish community of Morocco resides.

The sound library includes two types of recordings: songs and popular music by Moroccan Jewish artists in the field or in a commercial format and recordings of stories of Moroccan Jewish families as recounted by both Jews and Muslims.

El Baz, originally from the northern city of Tetouan, regrets that “Many young people here have never heard of Judeo-Arab music.”

The name of the project, “Khoya: Morocco’s Jewish Sound Archives,” was chosen to reflect this common heritage of Moroccans, according to El Baz. “Khoya” has a double meaning: “my brother” in Moroccan Arabic and “jewel” in Spanish.

Her message is that “Jews and Muslims in Morocco are brothers, sharing the same customs.” She said, “we must work together to revive this heritage.”

The initiative was presented at the Museum of Moroccan Judaism as part of a screening debate in January. The presence of Jews in Morocco “goes back 2,500 years” and was reinforced by waves of refugees especially from Andalusia, says the curator of the museum, Zhor Rhihl.

Fleeing the Reconquista of the Catholic kings, the Jews of Andalusia flocked especially to Morocco in the fifteenth century.

Beyond just the preservation of the Andalusian period of history, El Baz sees even greater possibilities. “I dream of a national sound library that would preserve the Moroccan oral tradition as a whole, not only the Jewish heritage. Otherwise, the entire legacy could disappear,” she said.