Rabat- A Belgian MP from the right-wing Belgian People's Party has told the members of British Party, UKIP, that Muslim immigration to Europe is a "Trojan horse-style invasion," the Guardian reported. 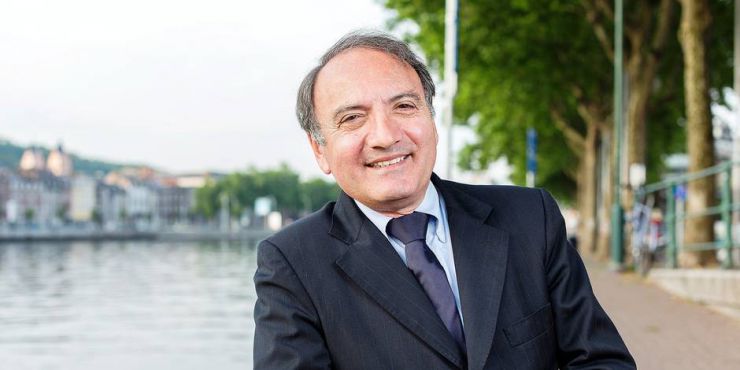 Rabat- A Belgian MP from the right-wing Belgian People’s Party has told the members of British Party, UKIP, that Muslim immigration to Europe is a “Trojan horse-style invasion,” the Guardian reported.

Aldo Garcaci (pictured) told a UKIP, the United Kingdom Independence Party, conference in Blackpool that “Muslim immigration from across the Mediterranean is getting totally out of proportion.”

Garcaci can be heard saying in an audio recording obtained by the Guardian: “It is not immigration, it’ is invasion. Europe is totally inefficient in tackling it.”

According to the same source, the Belgian MP told people attending the UKIP conference that: “It’s an invasion, it’s a Trojan horse…It is for us, we are in the end of civilization. Because if we continue to accept the Muslim immigration, for us, it’s a big problem.”

The MP’s comments seemed to bother the UKIP Party. “Mr. Garcaci is not a member of UKIP, a spokesman of UKIP was quoted by the Guardian as saying, but added that” nor do we sanction his phraseology (…) “It is true that migration is out of control.”

The Belgian People’s Party is in the same pan-European Political group as UKIP, the Alliance for Direct Democracy in Europe (ADDE). The latter includes anti-immigration parties from across Europe.

UKIP have many times come under fire for comments that have been described as Islamophobic.

The Party’s leader Nigel Farage said in an interview that some Muslims want to form “a fifth column and kill us”, and that there has never before been a migrant group that wants to “change who we are and what we are.”

The UKIP Party also calls for reducing the numbers of immigrants by leaving the European Union and to ban unskilled migrants for five years and bring in an Australian-style points-based immigration system.