Geneva - Morocco condemned, on Monday in Geneva, Algeria's maneuvers before the UN Human Rights Council (UNHRC) to mislead the international community regarding the situation in the Kingdom's southern provinces (the so-called Western Sahara). 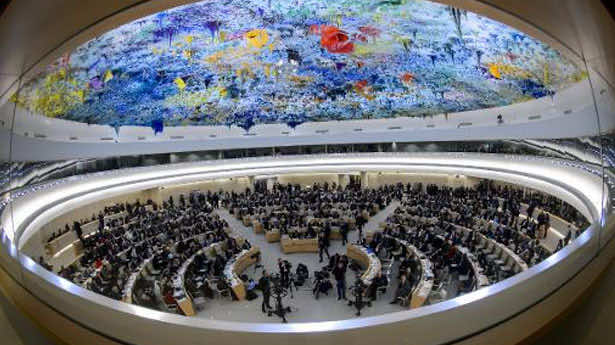 Geneva – Morocco condemned, on Monday in Geneva, Algeria’s maneuvers before the UN Human Rights Council (UNHRC) to mislead the international community regarding the situation in the Kingdom’s southern provinces (the so-called Western Sahara).

In a speech before the Council on behalf of a group of countries including Guinea, Senegal, Central Africa and the Comoro Islands, Morocco’s permanent representative to Geneva, Ambassador Mohamed Auajjar, recalled that since Spain’s departure in 1975, the Moroccan Sahara issue has become a regional political dispute on the agenda of the UN Security Council.

“In keeping with its political commitment and in response to calls made by the UNSC since 2004, Morocco submitted to the UN in 2007 an initiative to negotiate a status of autonomy for the Sahara region which meets the right to self-determination of the populations concerned while respecting Morocco’s sovereignty and territorial integrity,” he said.

The ambassador noted that, instead of engaging in good faith in the negotiation process triggered in 2007, the other parties chose to take an obstructionist position based on the instrumentalization of human rights in order to hamper UN efforts to find a negotiated political solution on the basis of the autonomy plan.

While continuing its cooperation with the UN to revive the political talks process, Morocco has pursued pioneering democratic reforms in the region so as to foster the rule of law and broaden the scope of liberties in its national territory, he added.