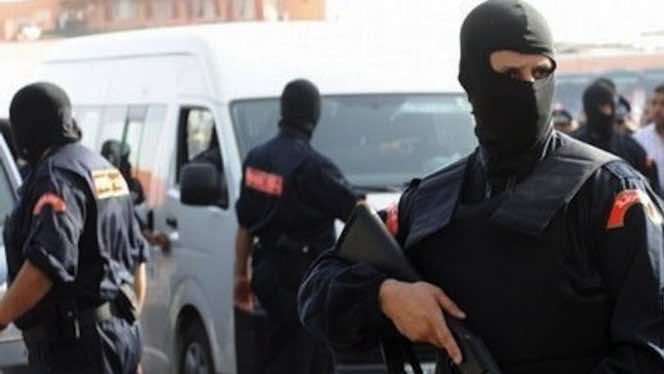 Preliminary investigations under the supervision of the general prosecutor uncovered the terrorist schemes hatched by the group in their hideout in Agadir where fire arms and ammunition were seized, the Director of the newly created BCIJ Abdelhak Khiame said at a press briefing in Salé.

The arrested individuals named their terrorist cell as “Wilayat Adawla Al Islamiya fi bilad Al Maghrib Al Aqsa – Ahfad Youssef Ibn Tachfin” (The Islamic State in the Western Maghreb – the descendants of Youssef Ibn Tachfin) and were scheming to launch a terrorist plan undermining the security and stability of the Kingdom, Khiame went on to say.

The members of this terrorist group have pledged allegiance to the self-proclaimed Calife of the “Islamic State”, the BCIJ noted, adding that investigation show the implication of the arrested individuals in recruiting and dispatching young Moroccans to the ranks of the terrorist organization in Iraq and Syria.

The fire arms in possession of the group came from the occupied enclave of Sebta, he added.

The seized objects include six automatic pistols of different caliber’s (7.65 and 9 millimeters), 8 computers which will later be analyzed at the laboratory of the scientific and technical police, 2 hard discs, 3G modems, USB keys, 18 mobile phones, 14 SIM cards, binoculars, a camera, and CDs and DVDs, Khiame told the press.

The members of the terrorist cell were operating in the cities of Agadir, Tangier, Laayoune, Boujaad, Tifelt, Marrakech, Taroudant, Ain Harouda, eastern Laayoune, the statement said.