Washington - Tamara Haddad and Hicham Jennane, teachers of Arabic at schools in the Dallas-Fort Worth area of Texas, led a group of six American middle and high school students of Arabic on an ambitious eleven-day cultural and linguistic tour around the major cities of Morocco. 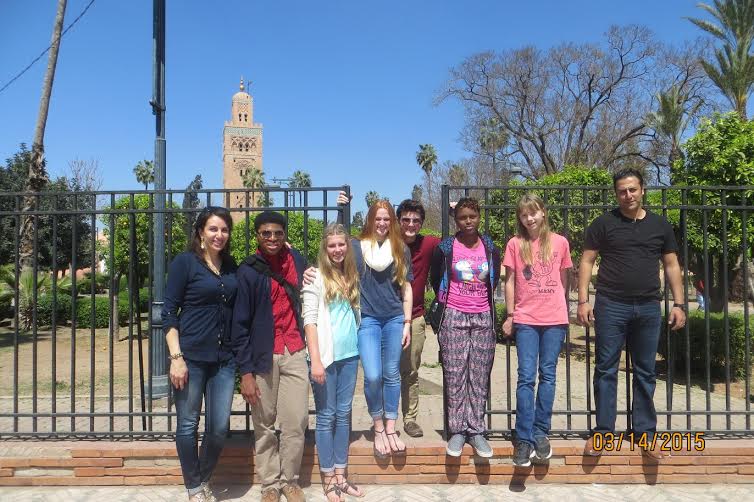 Washington – Tamara Haddad and Hicham Jennane, teachers of Arabic at schools in the Dallas-Fort Worth area of Texas, led a group of six American middle and high school students of Arabic on an ambitious eleven-day cultural and linguistic tour around the major cities of Morocco.

In the first of a planned program of cultural tours and student exchanges, Arabic teachers Tamara Haddad and Hicham Jennane chaperoned the first group of six American school students on a cultural and linguistic tour of Rabat, Casablanca, Agadir, and Marrakech from March 5-16th.

The teachers are part of an innovative language program in the Hurst-Euless-Bedford School District in Dallas-Fort Worth. Students from Viridian Elementary School, the school where Mr. Jennane teaches which offers Arabic as well as Mandarin Chinese and Hindi in grades 1 through 6, feed into Central Junior High, where Ms. Haddad teaches. The language program includes students from outside the district as well. 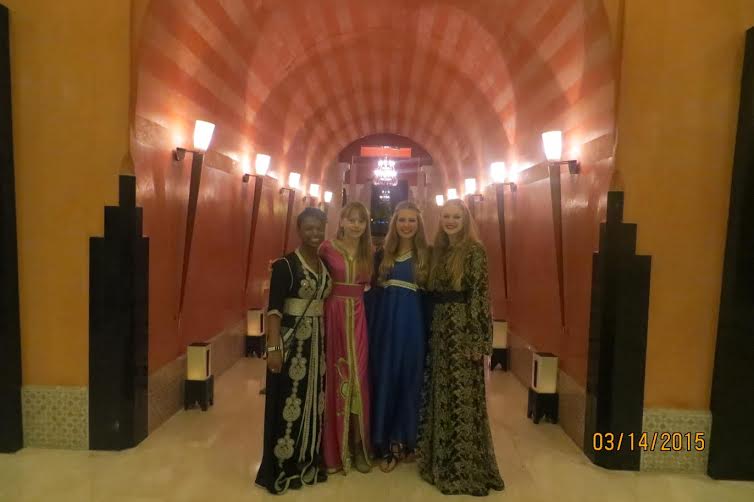 At its inception, the language program started at the 7th grade level and expanded to the high school and elementary levels with the goal of establishing sister schools in an Arabic speaking country. The focus initially was on Tunisia, but then the revolution kicked in. Other possible countries were Jordan and the UAE, and then they alighted on Morocco. Although the program was originally supported by a five-year grant from the U.S. Department of Education, the funding for the program was cut and the grant was discontinued in 2013. That did not discourage Ms. Haddad. She went on a study tour and began to make contacts and connections with two schools: Al Medina School in Casablanca and Al Abadila Najah in Agadir, which were looking to switch their French curriculum to English.

During this first tour, the students started in Rabat and visited the Moroccan Parliament. Député Mouloud Bargayou of the Asilah district guided them on a tour of the Parliament and described the different branches of the Moroccan government. Mr. Mouloud also arranged a visit to the Faculty of Law at Mohammed V University, and then invited the students to his beautiful home for a traditional Moroccan dinner with his family.

Going next to Casablanca, the students visited sister school Al Madina School, met their host families, and attended classes with their host students, and participated in the school’s morning assembly. The host families planned various activities for their students, including visits to the beautiful Hassan II Mosque, the largest mosque in Africa, and the 7th largest mosque in the world. 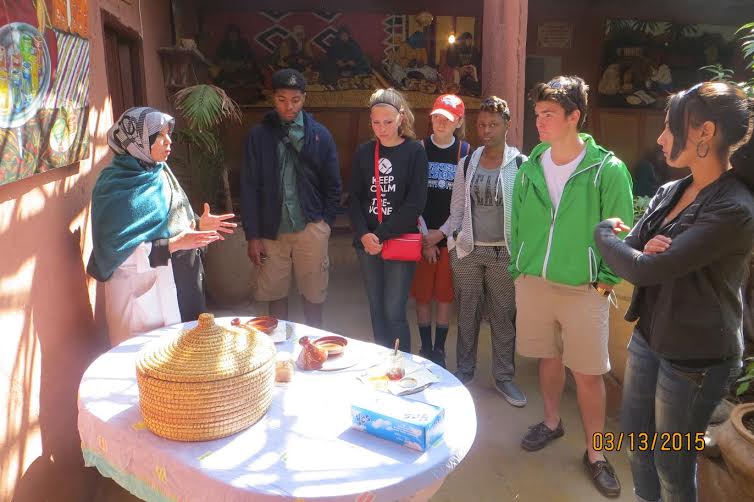 Moving south to Agadir, the students visited the other sister school, Al Abadila Najah School where they were greeted by children garbed in beautiful Moroccan dress representing the different regions of Morocco, as well as their host students, teachers and administrators. They had a full program including a chance to explore Agadir, and take excursions to the beach and the mountains outside of the city.

“Sharing experience in a foreign country, learning about the culture, practicing the language, and staying with the families is a way to address misunderstanding and combat stereotypes,” said Ms. Haddad. “It allows the students to make their own judgments about the people and the country.”

Mr. Jennane added, “Trips like this create lasting impressions; there is no match for actually being there and experiencing the life.”

The two teachers hope it will be the first of many such tours. They say that School Superintendent Steve Chapman and the School Board are very supportive of the effort. They hope to expand the program to permit more international collaboration by teachers, including shared professional development, and possibly an exchange program for teachers in the future.

The concept of the tour initially started out as one of the first projects of the American Moroccan Alliance (AMA), a nonprofit organization founded by Dr. Ahmed Yanouri, a Moroccan who has sought to create a bridge between the U.S. and Morocco through cultural connections. The World Affairs Council of Dallas provided the support for the tour through a grant secured from the Embassy of the United Arab Emirates. Event planning and logistics were provided by Chaib Salih, President of Event Travel International, which helps design unique travel experiences for high-end clientele and educational programs.