Rabat - Abdul Latif Aljwahiri, the governor of Bank-Al-Maghrib, Morocco's central bank, has announced on Tuesday that the country's first financial institution fully compliant with the principles of the Islamic Sharia (law) will open in 2016. 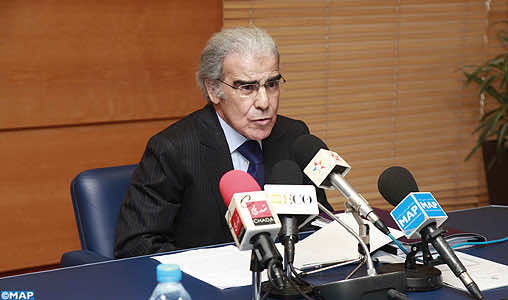 Rabat – Abdul Latif Aljwahiri, the governor of Bank-Al-Maghrib, Morocco’s central bank, has announced on Tuesday that the country’s first financial institution fully compliant with the principles of the Islamic Sharia (law) will open in 2016.

Unlike earlier reports suggesting that Morocco’s first fully “Halal” bank is set to open its doors late 2015, Abdul Latif Aljwahiri said that the bank is still taking into account the completion of necessary procedures such as the training of qualified human resources and the establishment of offices.

Aljwahiri said that the central bank is in the process of studying requests from entities willing to invest in the Moroccan Islamic banking sector.

Aljwahiri said the bank plans to create an Islamic interbank market that would help stimulate the economy, Reuters reported.

The launching of the Islamic finance industry is part of efforts to stimulate the Moroccan economy and attract more foreign investment.

Banks in the new Islamic interbank marks would be able to set up agreements known as ‘wakala’ to ensure liquidity, the same source added. .

Morocco has already approved plans to create a committee of experts and Sharia scholars, officially called Sharia Committee, to monitor Islamic banking products and transactions, and to decide on whether the bank’s transactions are in conformity with Islamic legislations.

Islamic banks, a trend that has been expanding across the Middle East and elsewhere, differ from normal banks in the concept of “interest”.

In conventional banking, the relation between the bank and the client is that of creditor and debtor, whereas in Islamic banking the relation is that of partners, investors and trader, buyer and seller.