Rabat - Moroccan immigrants in the Netherlands are the most affected population by the rise in unemployment rates, says Dutch daily De Volkskrant quoting figures from the Organization for Economic Cooperation and Development (OECD). 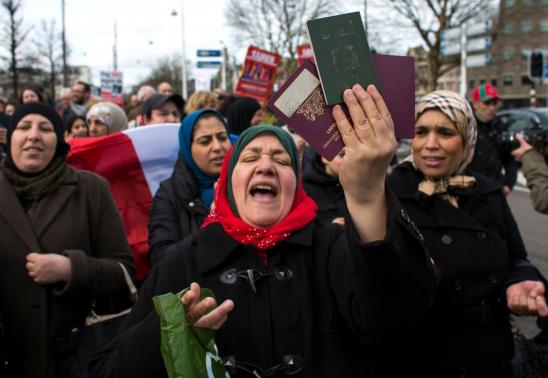 Rabat – Moroccan immigrants in the Netherlands are the most affected population by the rise in unemployment rates, says Dutch daily De Volkskrant quoting figures from the Organization for Economic Cooperation and Development (OECD).

More than half of the non-EU migrants in the Netherlands are sitting at home without paid work. OECD data has shown that only 49.5 percent of immigrants have access to employment. The figure stands at 77.1 per cent for the native Dutch population.

Since the 2008 crisis, unemployment among Moroccan immigrants in the Netherlands has increased significantly surpassing on the way all the other non-EU migrants.

According to OECD data, 19.6 per cent of Moroccan immigrants are currently unemployed, compared with 5.7 per cent of the indigenous population.

High unemployment among non-EU immigrants is partly because they tend to have more flexible contracts than natives, sociologist Monique Kremer of the Scientific Council for Government Policy (WRR) was quoted as saying.

“Before the crisis, the job growth was mainly in temporary work. When the economy collapsed, Moroccans and Turks were the first to get laid off.

That was very disappointing because we thought it was much better with these groups in the labor market,” she added.

Kremer also said that highly educated immigrants are much more likely to be unemployed than natives with the same education. “It is worrying; it undermines our belief that it will be okay with you if you only have a good education.”