Tunis - The Tunisian Ministry of Culture organized a symbolic ceremony on Tuesday, March 24 to honor the 21 victims, including a Tunisian police officer, and to announce the opening of Bardo Museum on Wednesday.

Tunis – The Tunisian Ministry of Culture organized a symbolic ceremony on Tuesday, March 24 to honor the 21 victims, including a Tunisian police officer, and to announce the opening of Bardo Museum on Wednesday.

“Tunisia has lived through bad and good events. We are very proud of this solidarity. Cultural projects are continuing in Tunisia because culture is the core of the people’s history. This event is a symbol of resistance and we organize it to tell the world that we are standing. No one can kill this culture,” said Latifa Lakhdhar, the Tunisian Minister of Culture, to Morocco World News. 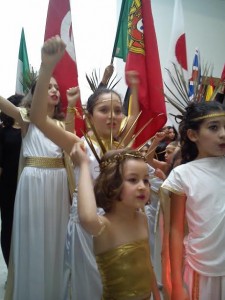 A week before the World Social Forum (WSF), Islamic State terrorists conducted a terrorist attack at Bardo Museum, killing twenty tourists and a Tunisian police officer, in addition to the attackers.

“After this terrible event in Bardo, we were all sad. This memorial recalls the history of Tunisia and its humanity. Today we have to continue living. We can fight terrorism through culture, music, and cinema,” said Kacem Reda, the CEO of the National Agency of heritage. “We have to teach young people from an early age to love others and to respect them, and all the sympathy we have received in recent days should help us in developing a strategy to attract more people and to say that Tunisia is a land of peace and that it was just an accident,” he added.

The memorial was a symbolic cultural event and a response to the terrorists’ act. The Tunisian people sent a message to the world loudly saying that they are not afraid, even if they were affected by the events. On the occasion of the World Social Forum, a solidarity march with thousands of associations and individuals from more than 150 countries took place from the center of Tunis to the Bardo Museum, and was organized to express solidarity with Tunisia. Marchers raised signs saying “I am Bardo.”

Security measures have also strengthened in recent days. This has further reassured the representatives of international associations to participate in the forum’s activities. The Tunisian Forum for Economic and Social Rights issued a statement reassuring the participants.

According to Noureddine Bhiri, chairman of the parliamentary Bloc Ennahda, the country does not have a legal vacuum, but it should have a new anti-terrorist law that should be more severe. “I insisted on the implementation of the 2003 law, despite the objections of many who see in it a violation of human rights. Now we wait for a bill proposal from the new Ministry of Justice,” explained Bhiri, a former Minister of Justice.

On Tuesday, a ceremony was held in response to the attack, including a concert by the Tunisian Symphony Orchestra and performances of Tunisian children shouting, “we are able to defend Tunisia”, and youth carrying the flags of the victims’ countries.

On Monday, the Director General of UNESCO sent a letter to Tunisian president Beji Caid Essebsi welcoming the reopening of the Bardo Museum, “a place that is opened to all, for discovery and dialogue of cultures “. 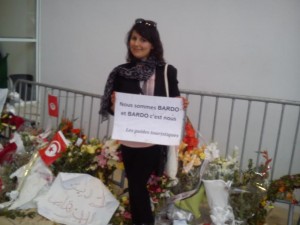 However, several journalists were barred from covering the event, according to Mosaique FM private radio. Admission was by invitation of the Ministry of Culture. For “logistical problems,” opening the site to “thousands of people” was impossible. “This space can not contain thousands of people. We tried to make a selection that represents everyone, among whom are journalists and representatives of the people,” said the Minister of Culture.

“Journalists were allowed to film in the museum. We have just asked them not to film the place of the crime. This ceremony carries a message of solidarity and understanding, that in itself is a message to the world,” explained Moncef Ben Moussa, curator of the National Museum of Bardo.