Rabat - King Mohammed VI has put a private jet at the disposal of the players and administration staff of Football Club Moghreb Tetouan. 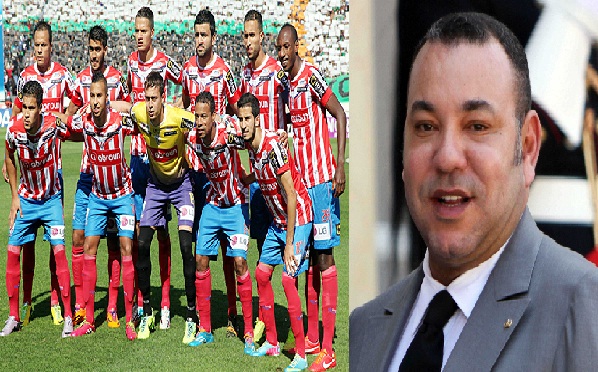 Rabat – King Mohammed VI has put a private jet at the disposal of the players and administration staff of Football Club Moghreb Tetouan.

The club can now travel to Nigeria to play their second leg match in the second round of the African Champions League against Kano Pillars.

The Tetouan-based club had already tried to rent a Royal Air Maroc airplane. However, the MAD 1.2 million fees demanded by Morocco’s national carrier to fly the champion of Morocco to Nigeria was deemed too expensive by the club’s administration.

According to news website Bladi, Royal Air Maroc (RAM)’s CEO, Driss Benhima said that the company was in the process of studying a less expensive travel option for the club when they learned that King Mohammed VI has made a private jet available for Moghreb Tetouan to travel to Nigeria.

Moghreb Tetouan defeated the Nigerian side of Kano Pillar 4-0 during the first leg match that took place at the 15,000 capacity-seater Saniat Rmel stadium in Tetouan last week. The team’s talisman Mohcin Iajour stole the show by scoring a hat-trick. The second match will be at the Sani Abacha Stadium in Kano on April 4.

Tetouan officials expressed their concern over the security situation in Nigeria after the attack on the Kano Pillars team that left five of their players injured in March.

“Many officials in CAF talked with me and gave me security guarantees for our delegation and Kano Pillars did the same and assured that the attack on them happened 1000 kilometers away from the match venue,” Abroun said.