Rabat - Morocco expressed, on Wednesday, full solidarity with the Kingdom of Saudi Arabia and its full support to legitimacy in Yemen. 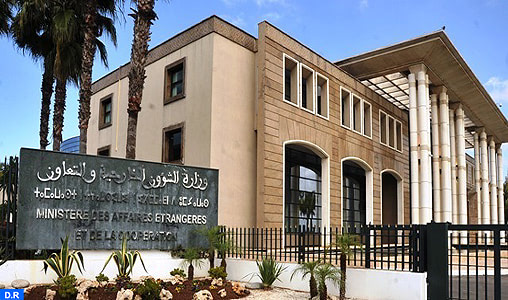 Rabat – Morocco expressed, on Wednesday, full solidarity with the Kingdom of Saudi Arabia and its full support to legitimacy in Yemen.

The Kingdom of Morocco is closely following with great concern the latest serious developments in the Republic of Yemen consisting in the use of force and violence as well as attempts to sap national Yemeni dialogue and undermine legitimacy, the foreign ministry said in a statement.

Morocco stands with Saudi Arabia in its efforts to defend its territory, safeguard the holy mosques and address threats to security in the region.

According to Al Arabiya, Morocco has joined Saudi Arabia in its aerial bombardment of the Houthi rebels in Yemen by deploying six fighter jets.

With the exception of Oman, members of the Gulf States joined the Saudi-led coalition. The UAE contributed with 30 fighter jets, Bahrain 15, Kuwait 15, and Qatar 10.

Al Arabiya said Egypt and Pakistan would also dispatch jet fighters and warships to take part in the military campaign.