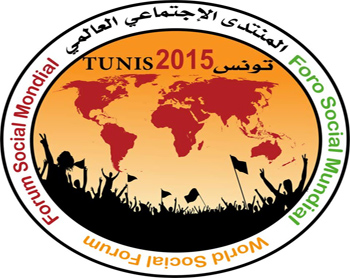 San Francisco – The organizing committee of the 13th World Social Forum (WSF), taking place in Tunis, has “vigorously” denounced the Algerian delegation’s attacks on members of the Moroccan delegation taking part in the event, highlighting that these provocations are a “flagrant denial” of the principles of the Forum’s charter.

The organizing committee of the WSF said in a statement that they have “followed with great concern the incidents that took place during the day of 25 March in the forum space and disrupted the course some”, adding, “activities such incidents, which were caused by several groups of participants of the Algerian delegation, despite the warning and the call of the committee published March 24, is a flagrant denial of the principles of the charter of the WSF.”

The organizing committee of the WSF asked the involved groups to respect the Charter of the WSF, recalling the forum space “is not the place of conflicts between governments settling of scores, but a space for debate, of exchanges and convergence of social movements for another possible world.”

Citing statistics regarding the participation of Algerian civil society at the WSF, Hedhili, a member of the organizing committee, said that the number of Algerian associations registered in the forum reached, 72 associations in February 2015. The committee was stunned to see that the number later rose to more than 800 associations and organizations. This is vivid proof that the Algerian regime is spending millions of dollars financing Polisario propaganda all over the globe, but in vain. This regime claims that the conflict is between Morocco and the Sahrawis, and thinks it is only the honest broker.

The coordination committee of the WSF has decided to file a complaint against the Algerian participants following this incident.

The Presidency of the Republic of Tunisia was informed of the attack, and a protest letter was sent to Algeria’s ambassador to Tunisia.