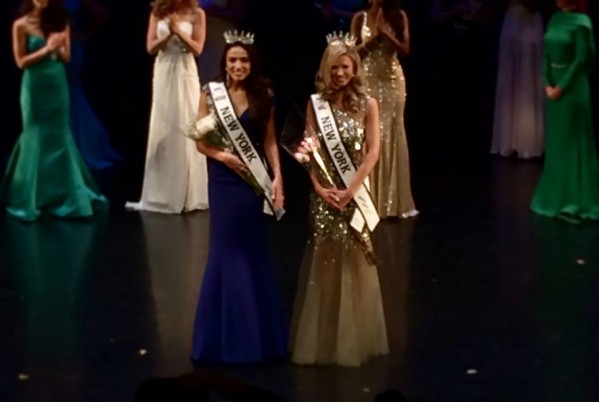 Iman Oubou, who has moved to New York over a year ago, expressed her happiness to be elected Miss New York.

Iman will represent the state of New York in the Miss United States pageant to be held next July in Washington D.C.

This is not the first time the young Moroccan American wins a beauty pageant in the United States. In March 2012, she won the title of Miss Colorado, the state where her family lives.

“I worked really hard to feel completely prepared for this pageant as it was always a dream for me not only to move to New York but also be able to represent it at a national pageant! And today I am so honored to say that I am the new miss New York United States and part of the miss United States family,” Iman told Morocco World New.

“I will use this title to spotlight a number of projects devoted to women empowerment and gender equality as it is my life passion and my platform,” he added.

Iman Oubou, is a 26 year-old woman of Moroccan origin. In 2006, she moved to the United States along with her family and settled in the State of Colordo.

Since she settled in the United States at an early age, Iman has always sought to promote the cultural and historical diversity of her native country and change the stereotypical image of Morocco as being an exotic country.

“The combination of the Moroccan and American cultures is (and will always be) the key to my present and future accomplishments and pursuits. It is also my responsibility as a Moroccan residing in the US to take the lead and promote the cultural and historical diversity of my native country and change the stereotypical image of Morocco as being an exotic country with nothing to offer,” Iman had told MWN in an interview in 2012

Iman pursued her studies at Colorado State University where she obtained a Bachelor’s of Science in Biochemistry/Molecular Biology in May 2011 and a Masters in biomedical engineering in 2013.

After her graduation in 2011, she was chosen out of 700 applicants to intern with a biomedical company in Munich, Germany.

Iman is also the Co-president of the students for global health organization, which allowed her to go on her recent medical mission to Africa.

Like many Moroccans Iman speaks several languages, including Arabic, English, Spanish and French.