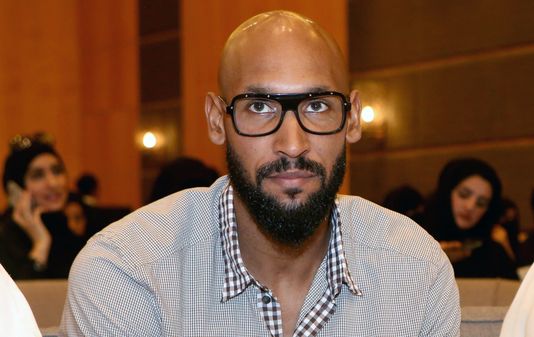 By
Larbi Arbaoui
-
Larbi is a freelance writer and assistant editor at Morocco World News.
Mar 30, 2015
Spread the love

In an exclusive interview with Al Arabiya, the Muslim football talked about his conversion to Islam and the future of Islam in France.

Speaking about his reversion, Anelka said, “I was sixteen when I converted to Islam. Beyond the fraternal aspect, my conversion did not change my life.”

Currently acting as a consultant to the Algerian football club NA Hussein Dey (NAHD), Annelka told Alarabiya that he was living a righteous life before officially declaring his Islam.

“I was already living by the same principles – being righteous, having values,” he said

“What made me convert was that I had that certainty that Islam was for me,” Annelka added.

Speaking about the situation of Islam in France, Annelka said that the “system discriminates heavily” against Muslims, particularly those with North African backgrounds, despite their attempt to assimilate.

“French people of North African background try to make things work for them, but French society keeps them in check. There are a lot of obstacles in the way,” he said.

“For example if you send a CV with the ‘wrong postcode’ and a Muslim sounding name then you won’t be considered for a job,” he added

The French football player added that “It is only in France that you need to hide your name and picture in the hope of getting work. That level of discrimination is unacceptable.”