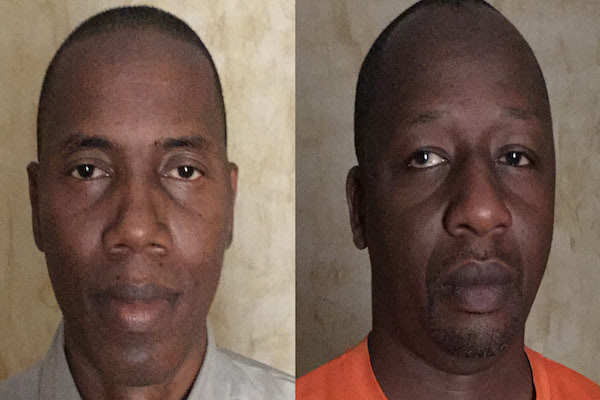 London – Al Jazeera has once again urged the Nigerian authorities to release their detained journalists in Maiduguri who have now been detained for a week without any explanation.

The detention has been condemned by the Committee to Protect Journalists and the Nigeria Civil Society Situation Room, a coalition of organisations working in support of credible and transparent elections.

Ahmed Idris and producer Ali Mustafa were restrained in their hotel last Tuesday morning after returning from covering a story on the Nigerian forces fighting Boko Haram in Borno State. The story was done with the full cooperation of the Nigerian military and was part of the Al Jazeera’s special coverage on the Nigerian elections. Al Jazeera is one of the most-watched news channels in Nigeria, with millions of viewers every day.

Equipment was confiscated from the hotel room and both men have been restrained in their hotels without any logical explanation. A military statement accuses both men of “operating without protection, accreditation or due clearance.” However Ahmed and Mustafa are officially accredited by the Independent Electoral Commission in Abuja with the clearance to report from anywhere in Nigeria during the entire election period.

The military statement also said that both men were said to be ‘loitering’ in various locations. However at that time they were actually detained in their hotel rooms. The statement gave a reminder about warnings given to “foreign” journalists, but both Idris and Mustafa are Nigerian nationals as both Ahmed and Ali are from the north east of Nigeria.

An Al Jazeera spokesperson said: “It has now been a week since our colleagues were detained. No explanation has been presented to us stating why they have been detained and what will happen next. Both Ahmed and Ali are officially accredited to report on the election and election-related issues and had worked on a story with the full cooperation of the Nigerian military. As Nigeria is on the cusp of a democratic civilian transition, we call on the Nigerian authorities to release Ahmed and Ali. Detaining two respectable journalists without any reason is unacceptable. They should be released immediately.”

Idris, who has been with Al Jazeera since 2010, is an experienced journalist who has over thirty years of broadcasting experience. Idris started working for the Adamawa Broadcasting Corporation (ABC) in 1983. In 2006 Ahmed joined the BBC in Abuja and in 2007 until 2010 Ahmed was made the Bureau Editor. Since 2010 Ahmed has served as a producer/reporter for Al Jazeera. In 2014 he was the first international journalist to reach Chibok and interview families affected by the mass kidnap of schoolgirls by Boko Haram.

Mustafa has been a cameraman with Al Jazeera since 2011. He graduated from the National Film Institute, Jos, Plateau State in 2000 as an Independent Film Maker, majoring in scripting producing and directing.