Rabat - Moroccan Salafists have expressed solidarity with the kingdom of Saudi Arabia in its “Decisive Storm” military operation in Yemen targeting Houthi rebels. 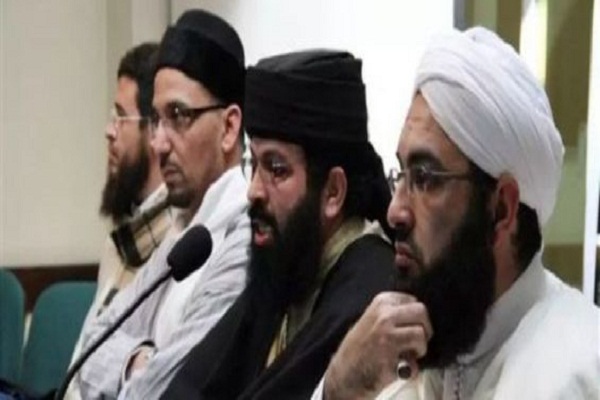 Rabat – Moroccan Salafists have expressed solidarity with the kingdom of Saudi Arabia in its “Decisive Storm” military operation in Yemen targeting Houthi rebels.

According to Yabiladi news website, Hammad El Kabbaj, a leading figure of the Salafi movement in the city of Marrakech, organized a “literary evening” to applaud Saudi Arabia’s military intervention in Yemen which aims to repel Houthi militias. During the evening, poems praising Saudi King Salman bin Abdulaziz were also recited.

Before the launch of the Saudi-led coalition against the Houthi rebels, a Shia group backed by Iran, Moroccan Islamists from both ends of the spectrum led campaigns throughout the country condemning Shiism as straying from the path of Islam.

Salafist Mohamed Maghraoui was invited to speak in a meeting last month on the dangers of Shiism on the individual and society.

Participants in the meeting organized in the region of Safi (321 km south of Rabat) estimated that the followers of Shia Islam are trying to mislead people.

The Sunni-Shia controversy in Morocco has also intensified following the founding of a Shiite group in the northern city of Tangier.

The group called Al-Khat al-Rissali for Studies and Publishing was the target of harsh criticism from many Moroccan Salafi groups which deemed the presence of such groups in the kingdom as destabilizing the “religious security of Moroccans and contributes in fracturing unity and weakening the Moroccan national fabric.”

However, other Moroccan Islamist groups including Al Adl WA Al Ihssane (Justice and Spirituality, an Islamist association founded by Cheikh Abdessalam Yassine, and the ruling party of Justice and Development (PJD), have not yet clearly expressed a position regarding the Saudi military campaign in Yemen.

Morocco expressed last week full solidarity with the Kingdom of Saudi Arabia in its aerial bombardment of the Houthi rebels in Yemen by deploying six fighter jets.

“The Kingdom of Morocco is closely following with great concern the latest serious developments in the Republic of Yemen consisting in the use of force and violence as well as attempts to sap national Yemeni dialogue and undermine legitimacy,” the foreign ministry said in a statement.