Tinejdad – After Swedish security guards violently beat a nine-year-old Moroccan boy inside a train station in Malmö in February, people in the city have reportedly started a nationwide fundraising program to support him. 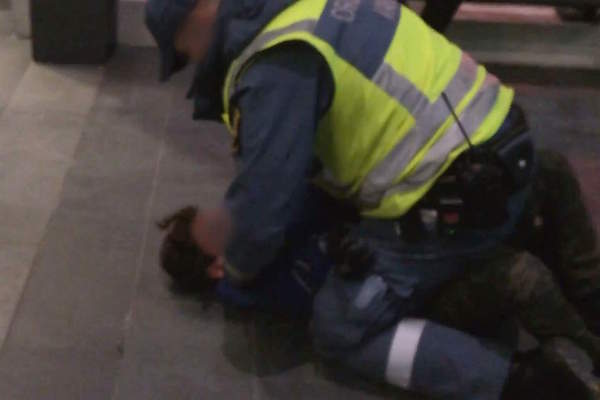 By
Larbi Arbaoui
-
Larbi is a freelance writer and assistant editor at Morocco World News.
Apr 2, 2015
Spread the love

Tinejdad – After Swedish security guards violently beat a nine-year-old Moroccan boy inside a train station in Malmö in February, people in the city have reportedly started a nationwide fundraising program to support him.

According to the Swedish local newspaper Sydsvenskan, “a fundraising campaign was recently launched to help Sami,” the Moroccan boy who was violently assaulted by the Swedish security guards.

The same source said that “The funding will also cover the hospital expenses for the boy’s father, who [lives in Morocco] needs to undergo surgery.”

“I want to help my father, who needs surgery,” Sami told Sydsvenskan.

The assault on Sami made international headlines in February, triggering worldwide indignation.

In the video, published on YouTube, a security guard weighing approximately 90 kilos sat on the boy’s chest and pressed his gloved hand violently over the boy’s mouth and nose.

The guard slammed the boy’s head against the stone floor, while the child struggled to recite the Shahadah (declaration of faith).