Rabat - The recent Saudi-led military intervention in Yemen comes as a reaction to several geopolitical dynamics at the country’s borders and in the whole region. The Houthi takeover of Sanaa and their military advances in other regions in Yemen is seen by Riyadh as a real threat to national security at Saudi Arabia’s southern borders. Riyadh considers the Houthis' non-commitment to negotiations with the Yemeni authorities and their refusal to come to a compromise over the presidency a manifestation of the Houthis’ intent to reconfigure the political map of Yemen to suit their interests. 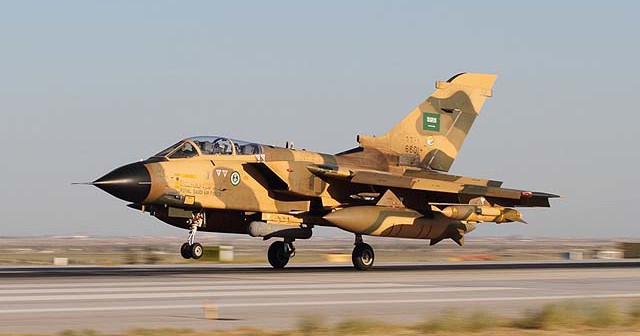 Rabat – The recent Saudi-led military intervention in Yemen comes as a reaction to several geopolitical dynamics at the country’s borders and in the whole region. The Houthi takeover of Sanaa and their military advances in other regions in Yemen is seen by Riyadh as a real threat to national security at Saudi Arabia’s southern borders. Riyadh considers the Houthis’ non-commitment to negotiations with the Yemeni authorities and their refusal to come to a compromise over the presidency a manifestation of the Houthis’ intent to reconfigure the political map of Yemen to suit their interests.

However, the airstrike was not only motivated by the need to protect national security, but also by several other factors:

1) The Houthi takeover of Yemen would pave the way for Iran to establish a Shia-controlled government at the southern borders of Saudi Arabia. If this happened, Iran would use the Yemen card as a bargaining chip to pressure Saudi Arabia to withdraw its influence from Syria and Iraq. Iran strives to have fully dependable Shia-led governments in Syria and Iraq. To secure these governments, Iran would leave Saudi Arabia with the choice of either withdrawing from Iraq and Syria, or facing more conflicts at its southern borders;

2) Saudi Arabia and Iran are engaged in long-standing strategic rivalry for power and influence in the Middle East. Any advance in Yemen by the Houthis is considered a geostrategic gain for Iran in the region, especially since the Houthis are ideologically aligned with Iran;

3) From an economic standpoint, the Strait of Bab el-Mandeb, situated between Djiboutu and Yemen, is strategically important because it is considered one of the world’s oil transit chokepoints and assumes great strategic and economic importance, constituting a portion of the link between the Mediterranean Sea, East Asia and Europe. If the Houthis take hold of the strait, it will be a huge economic loss for Saudi Arabia;

4) Another important reason for the intervention is the sectarian war fueled by Iran in Yemen, especially between AQAP (Al-Qaida in the Arab Peninsula) and the Shia community. Iran aims at taking the lead against AQAP in Yemen instead of the Sunni community. Once it dismantles the AQAP, Iran might stretch its power further and change its strategy of leading from behind to taking the lead.

However, the war in Yemen, as understood by many observers, is but a proxy war between two regional powers to undermine each other. In Lebanon, Hezbou Allah is Iran’s traditional longtime ally. In Syria, the Iran-backed Assad regime is still in power after four years of revolution. In Iraq, it seems that Iran gained much ground and advances through backing the regime of Nouri al-Maliki. Saudi Arabia also has its allies in these three war-ravaged countries. It remains to be seen which group Saidi Arabia would favor in the Yemen war.

In 2011, Saudi Arabia intervened in Bahrain to quell the unrest provoked by the Shia community. Saudi Arabia alone led the intervention, which has since borne its fruit. In Yemen, the Saudi Arabia-led intervention is coordinated among 10 Arab countries. It remains quite difficult, however, to predict how the war will end and how far the coalition is able to go to ensure security and restore the government of President Abd-Rabbu Mansour Hadi.

In Yemen, it is estimated that each Yemeni owns two hand weapons. The two regional powers, Iran and Saudi Arabia, have flooded the state with arms for each of their allies. The proxy war makes the Yemeni scenario markedly different from that of Bahrain, but comparable to that of Libya due to NATO’s intervention. However, Libya is now a failed state with no hope of an agreed national government on the horizon.

One main difference between the military strategies of Iran and Saudi Arabia is that Iran leads from behind, whereas Saudi Arabia takes the lead to achieve military advances in the region.  While Iran has often led from behind in its wars in the region, including in Iraq, Lebanon, Gaza and Syria, with some exceptions in Iraq, in contrast Saudi Arabia is often directly involved in its wars and frequently takes the lead. Iran takes advantage of this situation by claiming its non-involvement in the war, while fueling conflict from behind the scenes in other countries, excluding its own. The war is thus wreaking little damage on its economy or people, while Saudi Arabia and the other Arab countries suffer dramatically from the war.

The war in Yemen will not be as easy to resolve as one might expect. If the airstrikes are not able to shift the balance of power in Yemen, there is a huge possibility that the next step would be through land military intervention. And therein lies the conundrum. Yemen is not Libya, and its ethnic and political situation is very complicated. The United States has been fighting the AQAP for more than seven years with no tangible results.

The most challenging part of the equation is how the Saudi Arabia-led coalition will manage to restore Abd Rabbu Mansour Hadi’s government and avoid a sectarian war. If the war continues and more support is secured to the Houthis, then new geopolitical dynamics are expected to develop in the whole region. As the region enters a new era, there are still so many questions and yet so few answers.