Rabat - After a picture of a four-year-old Syrian girl surrendering to a photographer went viral on social media networks, a Red Cross worker shared a picture of another child raising her hands in surrender because she mistook the camera for a gun. 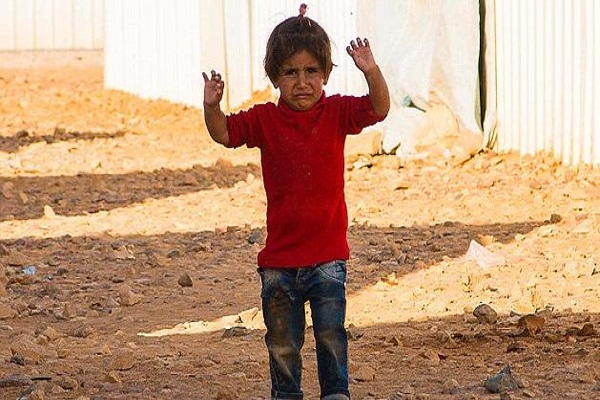 Rabat – After a picture of a four-year-old Syrian girl surrendering to a photographer went viral on social media networks, a Red Cross worker shared a picture of another child raising her hands in surrender because she mistook the camera for a gun.

The girl, who was photographed in a Jordanian refugee camp 62 miles east of the capital Amman, is seen in the picture barefoot and in tears after mistaking the aid worker’s camera for a weapon.

The picture was taken in November of last year by Rene Schulthoff. According to the Daily Mail, “he did not grasp how terrified she was until he was editing the photographs.” 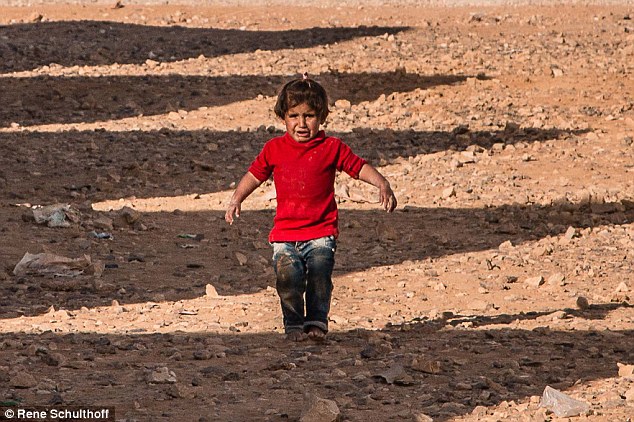 “I had tears in my eyes when I saw her like that on my computer. I was shocked by her reaction, the fear and seeing her crying… It is a tragedy for this young generation,” he told the newspaper:

“Instead of playing with friends, they grow up in permanent fear under extremely poor conditions missing almost everything. A childhood of pain tears and sadness.

“They miss a peaceful happy childhood, kindergartens, education and what they learn currently is that life is pure horror,” he added.

Earlier this week, a picture of a little girl ‘surrendering’ to a photographer went viral on the internet and social media.

The picture was taken by Turkish photographer Osman Sagirii at the Atmen refugee camp near the Syrian border with Turkey last December.

The photo quickly went viral when it was shared by Palestinian-based photojournalist Nadia Abu Shaban on Twitter with the caption: “[she] thought he has a weapon not a camera so she gave up!”

“I realized she was terrified after I took it, and looked at the picture, because she bit her lips and raised her hands. Normally kids run away, hide their faces or smile when they see a camera,” Sagirii told the BBC.

According to the United Nations, the Syrian civil war that has entered its fifth year claimed the lives of more than 220,000, including 10,000 children.