Casablanca - Jazzablanca presents its tenth annual festival this month in Casablanca, featuring the innovative sounds of six international performers from around the world. 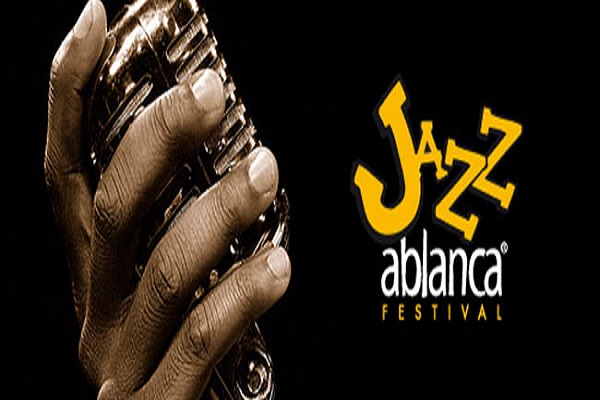 Casablanca – Jazzablanca presents its tenth annual festival this month in Casablanca, featuring the innovative sounds of six international performers from around the world.

The six day festival runs from April 18-23. American guitarist, song-writer, compositor and singer Raul Midon takes stage on April 18, performing a mix of genres including soul, jazz, blues, R&B and Latino music. He has four albums under his belt: “Gracias a la vida” released in 1999, “State of Mind” in 2005, “A World within a World” in 2007 and “Pick Somebody Up” in 2009. Throughout his carrier, he has worked with eminent musicians and singers like Stevie Wonder, Christina Aguilera, Ricky Martin, Shakira, Jennifer Lopez and José Feliciano.

His Album “Hibo” released in 2009 ranked first in the French charts. He comes from a musical family: his parents are Jeff and Julie Gleave and his brother is Tom Baxter.

Anouar Brahem will be playing oud on April 20. His twenty-year career is marked by innovation, fusing jazz, folk music and classical genres from the oriental and Mediterranean repertoires. He started recording in 1991 after he became famous in his native country, Tunisia. He released nine albums including “Conte de L’Incroyable Amour” (1991), “Le Pas Du Chat Noir” (2001) and “the Astounding Eyes Of Rita” (2009), to name a few. Anouar Brahem has also received a number of national and international awards.

Grammy nominee, Candy Dulfer, is a Dutch smooth jazz and funk alto saxophonist who began playing at the age of seven. Her fourth album “For the love of you” (1997) was a major hit and remained in the Billboard charts for over forty weeks. She has played with many artists such as Lionel Richie and has performed all over the world from a young age. Dulfer will be performing on the Casa-Anfa stage on April 21, and bringing a feminine vibe to the festival — she is the only female performer participating.

Afrobeat lovers will meet with the co-creator with Fela Kuti of the hugely popular and influential Afrobeat style on April 22, Tony Allen. Allen is one of the African continent’s most important artists. He has inspired generations of musicians worldwide and is a legendary figure amongst fans of funk, jazz, hip hop and African music. This self-taught kit drummer’s melodies are imbued with internal youth. During his 45-year career, he has worked with famous names like U2, Damon Albarn, and Gorillaz and Blu.

The closing concert will be performed by Keziah Jones. The king of blufunk – a fusion between raw blues elements and hard, edgy funk rhythms, Jones is a Nigerian singer-songwriter and guitarist, heavily influenced by Jimi Hendrix and Fela Kuti. He gained popularity in England and France with singles like “Rhythm Is Love” and “Beautiful Emile.”

Since its first festival in 2006, Jazzablanca has become a key event for jazz music lovers around the world. Featuring varied and rich programming, more than 400 musicians have performed in the festival since its inception.