Rabat - The victim arrived in Italy, drawn to the idea of finding a legal job that may improve her life along with the lives of her poor family in Morocco. However, later she realized that she got into the hands of a trafficker who enslaved her under death threats. 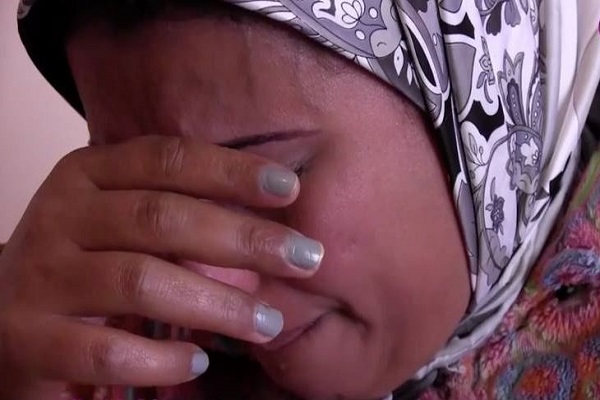 By
Aziz Allilou
-
Aziz Allilou is a student at the Higher Institute of Media and Communications (ISIC) and Morocco World News correspondent in Rabat.
Apr 5, 2015
Spread the love

Rabat – The victim arrived in Italy, drawn to the idea of finding a legal job that may improve her life along with the lives of her poor family in Morocco. However, later she realized that she got into the hands of a trafficker who enslaved her under death threats.

The victim, who did not reveal her name, said in an interview with a local media outlet that she was divorced after a failed marriage, and was seen as a burden on her poor family of eight.

Thus, she decided to look for work abroad, since it’s hard to find a respectful job in Morocco, especially because she is an “illiterate divorced woman.”

“I moved to Libya where I worked as a waitress in a respectful café. Everything was good. I made enough money to cover my expenses and save a sum of it in order to transfer it to my family in Morocco, which was completely depending on me,” she said.

Unfortunately, this ended rapidly, she explains. Her job in Tripoli lasted only few months, before Libya’s 2011 revolution broke out, forcing her to leave Libya.

“Bullets were fired in all directions, and dead bodies were thrown everywhere. I barely could rescue my life and made it back to Morocco,” she added.

She goes on to say that she escaped from a hell to another. “Once back to Morocco, I tried hard to find work. A housemaid is the only job that I could find. But it could not cover the needs of my family.”

Not finding any other solution, she accepted the offer of a man who provided her a 9-month visa to come to Italy as a seasonal worker for MAD 60,000 ($6,100 USD).

“He promised me a good job in Italy. But once we arrived there, I realized that I was held hostage in the hands of a pimp who enslaved me against my will, and recruited me for prostitution under death threat,” she explained to the journalist, before she lowered her gaze and started crying.

“I am not meant to work as a prostitute. But this trickster tricked me. He stole my money and then threw me in the world of prostitution,” she added.

The victim explains that the pimp rented a flat for her and locked her in.  She said that he told her that she could not find any other job other than prostitution in Italy as long as she is illiterate and can’t speak Italian.

She goes on to reveal that he forced her to have sex with up to six men a day, some of whom were often drunk and abused her. “They were sexually abusing me. And when I told the pimp about this he said that I have to do what they want, otherwise we will get both killed by them.”

She spent the whole nine months in that flat as a submissive little foreign girl with clients who would rape her and abuse her. Her desperate cries for help were silenced by the walls, which separated her from the rest of the world.

The promised money was paid to her. She was saving it, and did not spend any penny of it. She says that once the there was only a week left before her visa expired, the pimp set a new trap for her in order to rob her of the money she saved and “deport” her to Morocco.

She goes on to add that the pimp introduced her to an Italian man and said he is ready to take her back to Morocco where he will marry her, if she agrees to give him all her money, which she did.

“I gave the pimp all my money. But when I arrived to Morocco I learned that it was just another trick, as the Italian man that I thought would marry me, ran away and took a flight back to Italy,” she explained.

“Afterwards, I called the pimp and asked him to give me back my money. Yet, he challenged me and asked me to sue him in order to take my money back,” the victim concluded.