Paris - France awarded Moroccan painter and President of the national museums foundation Mehdi Qotbi the Légion d’honneur with the rank of commander. 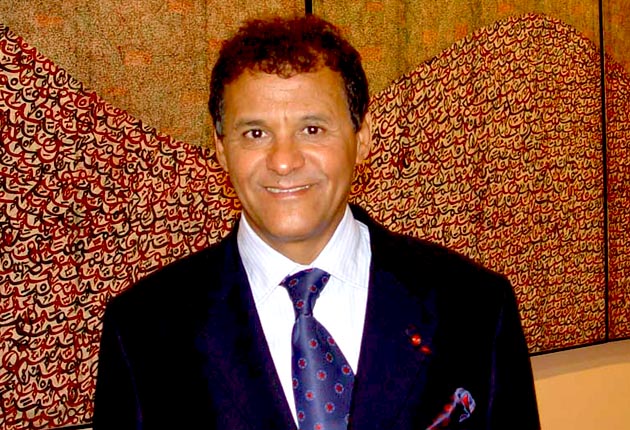 Paris – France awarded Moroccan painter and President of the national museums foundation Mehdi Qotbi the Légion d’honneur with the rank of commander.

Qotbi had been previously awarded the legion d’honneur with rank of officer in October 2008. He was promoted to the status of a commander following a decree issued by French president François Hollande published in the official gazette on Sunday.

In a statement to MAP on this occasion, Qotbi voiced pride at receiving such a distinction which comes after the great success of the Moroccan seasons held last autumn in Paris.

Qotbi also expressed recognition to King Mohammed VI for having entrusted him to organise Morocco’s season that was marked notably by the organisation of two landmark exhibitions: “Contemporary Morocco,” and “Medieval Morocco” held at the Institute of the Arab World and the Louvre museum respectively.