Marrakech - Much of my professional life involves applying democratic, participatory decision-making methods in order to catalyze and bring to fruition human development initiatives. We are fortunate that these enjoy a high success rate, leading to shared socioeconomic and environmental benefits. Interestingly, when we come to study such experiences, a fairly consistent common factor emerges – that of conflict. 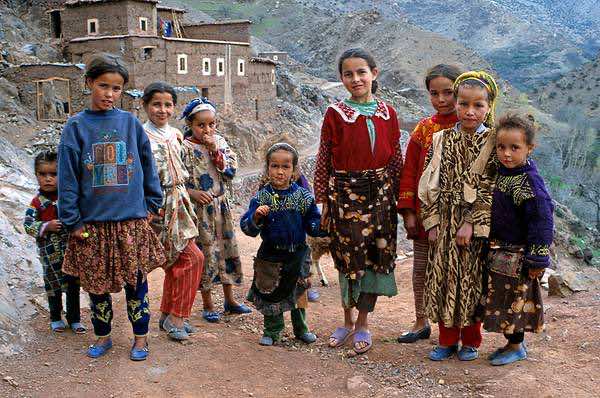 Marrakech – Much of my professional life involves applying democratic, participatory decision-making methods in order to catalyze and bring to fruition human development initiatives. We are fortunate that these enjoy a high success rate, leading to shared socioeconomic and environmental benefits. Interestingly, when we come to study such experiences, a fairly consistent common factor emerges – that of conflict.

In the case of Morocco, for example, where, particularly in rural areas, we facilitate community dialogue to implement development projects, disagreement typically stems from a clash of ideas as to what constitutes the necessary social development and which initiatives should take priority.

However, across the globe there are also communities that cannot embark on such a path of joint development planning because they experience a type of conflict rooted in ethnicity or race that prevents parties even from entering the same room and engaging in discussion concerning their relationships.

In these cases too, participatory methodology can be employed to break down hurtful, deeply entrenched barriers and assist in reconciliation by enabling parties to share their stories, give recognition and express regret. This process, once achieved, can lead to a previously undreamt of situation whereby the new, productive relationships are not only embodied in treaties and agreements but acted upon through collaborative planning and implementation for growth.

Opening an inclusive conversation is the essential first step towards what can methodically lead to multi-racial collaboration for prosperity and peace. A brave example of the application of this methodology of reconciliation is The ‘Race Together’ initiative launched by Starbucks in 2014 to promote community dialogue on matters of interethnic relations in the United States.  Appropriately returning social and political discourse to the modern-day coffee house – traditionally a center of debate – this voluntary participatory exercise involves expressing and listening to people’s life experiences as they are shaped by aspects of racial identity. The ensuing social media negativity expressed against Starbucks, simply for inviting American communities to discuss issues relating to race relations, brought into sharp focus the barriers to progress that exist in this area.

For such a project to make a real social impact – to enable the building of a substantial base of emotional knowledge encompassing, for example, an understanding of the depth of feeling experienced by African Americans at tragedies such as Ferguson – individual conversations need to be catalyzed millions of times.

Advancing to greater scale requires two further factors – the large-scale training of facilitators and economic stimulus measures.  The former could involve, for example, the White House Office of Faith-based and Neighborhood Partnerships in funding training programs for individuals from religious communities to be facilitators of community-based racial dialogue. The latter might include investment in town hall discussions on race relations in order to bridge divides so that new local growth projects can together be assessed and achieved.

Were the process to occur on a national scale, the outcome – reconciliation dialogue leading to joint development planning – could muster bottom-up pressure on national leaders to pursue with sincerity equal opportunity policies among diverse groups.

In the run-up to the March 2015 elections, the Israeli electorate was disenfranchised when their prime minister played musical chairs with kindred far-right parties to the tune of primal and delusionary political and racial obscenities. Is it not an irony that some of those Jewish extremists of European origin, recipients of “white privilege” in Israeli society, in addition do not especially appreciate fellow Jewish citizens who originate from Arab countries and who themselves experience institutional racism? The situation in Israel exemplifies an inherent aspect of white supremacist systems; they determine the power relationships between members of the same ethnic or racial group as well as external relationships with other groups.

At this high level where the healing of racial divides needs to take place, the third-party role would be performed by NGOs, education centers and individuals who coordinate community meetings, ensuring all parties are present and heard. This is necessary in order for local reconciliation movements to become a cohesive, wide scale and rising social force enabling ever larger groups to gain greater control over events that shape their lives.

Practically speaking, willing members of groups in conflict need to meet and directly discuss in places – within communities themselves – where they can recognize each others’ hardship and build improved cross-relationships. The U.S. as well as European and Asian nations should seek, therefore, to fund every opportunity for Israeli-Palestinian community-based dialogue and remove restrictive criteria (including that for joint technological development) that hinder funding being received for projects involving both parties’ collaboration.

The same may be said in respect of healing the Sunni-Shia divide that convulses much of the Middle East. Direct, local dialogue between ethnic and religious parties whose intense animosity threatens the fabric of entire societies, remains the one option that is both immediately applicable and ultimately sustainable.

Catalyzing and maintaining localized talks and reconciliation processes in a creative, strategic and broad manner could promote a bottom-up surge in societies and increase tendencies toward federalist or decentralized public administrative systems. Sub-national levels would be empowered, gaining strengthened managerial capacities. Further, through coalitions and advocacy they would be in a position to pressure and shape national levels in their diverse and more inclusive image. Currently we are witnessing this phenomenon within the U.S. Republican Party as pressure grows from states and young members around the country to create a national platform cognizant of the human interests of GLBT Americans.

Implementing processes of reconciliation leading to human development and economic growth and prosperity need not wait for enlightened national (and international) leadership – indeed it cannot, considering the global urgency. In truth the fulfillment of this task lies in the hands of each and every one of us at the present moment.