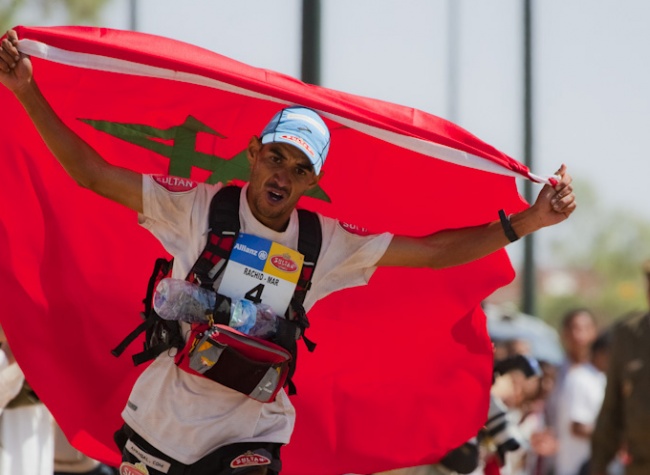 “I am very happy to have been able to open up my lead, especially in relation to Salameh. Today’s stage was very tough, but I tried to manage my race well as far as CP2 before upping the pace,” El Morabity said as quoted by the official website of the marathon.

“Rachid is lighter and got up to the summit quicker than us”, said Abdelkader El Mouaziz before admitting that he, too, was “very satisfied” with this second day.

Among women, Swedish Elisabet Barnes, victorious in yesterday’s leg, once again finished a few seconds ahead of American Elizabeth Howard.

Dubbed the toughest footrace on Earth, the second stage set off on Tuesday at 08:30 GMT between the Zireg jebel some 36.7km away.