Boumalne Dades - In an unprecedented initiative and under the theme of “A Moment of Orientation for a Better Future” the Association of Educational Communication (ACE), along with two other associations and several partners, including Morocco World News (MWN), organized successfully the first forum of orientation and information for students on April 5, in Boumalne Dades city in southeastern Morocco. 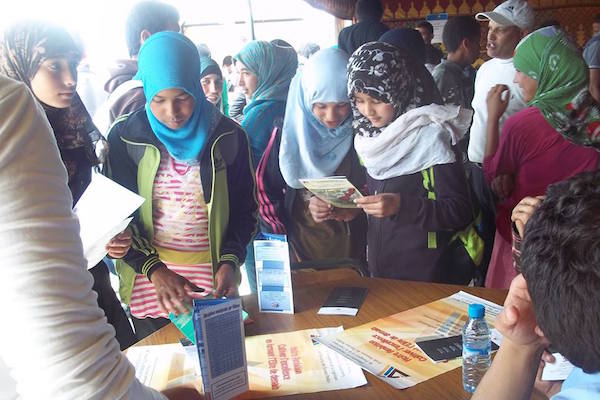 Boumalne Dades – In an unprecedented initiative and under the theme of “A Moment of Orientation for a Better Future” the Association of Educational Communication (ACE), along with two other associations and several partners, including Morocco World News (MWN), organized successfully the first forum of orientation and information for students on April 5, in Boumalne Dades city in southeastern Morocco.

The forum’s program included several workshops, presentations and an exhibition of higher schools and universities and received more than 1,000 registered students during only one day; more than 3,000 visitors from different levels and high schools of the region came as well.

Students applauded the forum and told MWN that they were so happy to have a chance of accessing to information about Moroccan and foreign higher schools and universities. They generally agreed that this initiative which ACE created was an amazing idea and hoped that the second edition will be organized in the same city so that they can benefit more from the program.

Along with the statements of students, the general secretary of the National School of Applied Sciences (ENSA) of Marrakech, Mr. Aziz El ssafiani Lakrizi told Morocco World News that “the forum was beyond the dreams of the students of the southeastern region, as it’s formerly known that big cities organize such forums, and it’s only after a very hard work of ACE volunteers that the region could stage such precious initiative.”

Similarly, the manger of the Center of Guiding Students (Center Irchad Al Talib) in Marrakech has paid tribute to the forum, considering it a very successful edition. He claimed that there will be several projects and trainings that their center will provide for ACE members and volunteers as a step to enlarge their partnership with several institutions, which carry the same goals of informing and helping students to take the proper path and career that suit their educational qualities and skills.

MWN went around the various exhibitions of the higher schools and universities in the forum, and noticed the enthusiasm on the students’ faces to know about where they can carry on their studies after obtaining the baccalaureate certificate. MWN observed also that the students of the region want more such initiatives, as most of them are unaware of the specialties of different universities and higher schools in the Kingdom.

This forum realized a remarkable achievement by not only approaching the information about educational institutions in Morocco and abroad, but also by guiding and motivating students to multiply their efforts to carry on their studies in the educational track which fits their desires and competences.