Washington- The 3rd session of Morocco-US strategic dialogue, opened on Thursday in Washington, under the co-chairmanship of Foreign Minister Salaheddine Mezouar and US Secretary of State John Kerry. 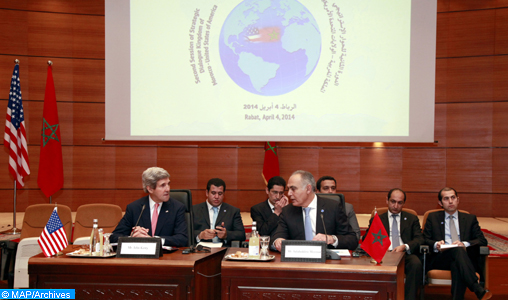 Washington- The 3rd session of Morocco-US strategic dialogue, opened on Thursday in Washington, under the co-chairmanship of Foreign Minister Salaheddine Mezouar and US Secretary of State John Kerry.

The event is part of a process launched in September 2012 following the signing of a Memorandum of Understanding between the two countries providing for the strengthen bilateral ties through mutually a mutually beneficial partnership.