Rabat - Office Chérifien des Phosphates (OCP), the world's largest phosphate exporter, is paying a $1 million donation to Bill, Hillary and Chelsea Clinton Foundation to hold a high-profile conference next month in the city of Marrakech. 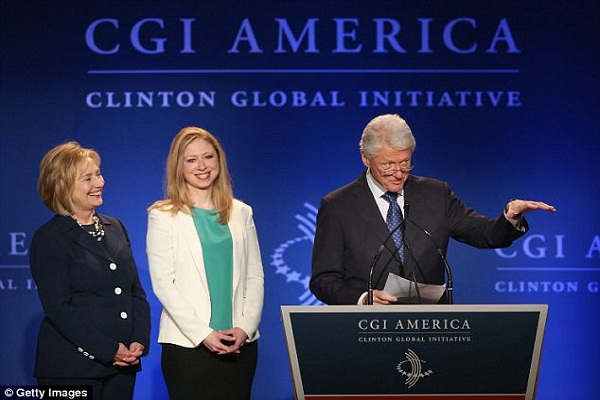 Rabat – Office Chérifien des Phosphates (OCP), the world’s largest phosphate exporter, is paying a $1 million donation to Bill, Hillary and Chelsea Clinton Foundation to hold a high-profile conference next month in the city of Marrakech.

According to politics news website Politico, the meeting, dubbed the Clinton Global Initiative Middle East and Africa, will be held in Marrakech, on May 5-7.

Besides OCP, the Clinton Foundation is expected to announce additional sponsors for the Marrakech event during the coming days, Politico reported.

The preliminary list of expected attendees includes executives from OCP and Coca-Cola, as well as the presidents of Rwanda and Tanzania and senior officials from the United Arab Emirates, Egypt and the League of Arab States. Former Israeli President Shimon Peres is also on the list.

The Clinton Global initiative meeting will focus on expanding access to agricultural financing, as well as energy, water, food and infrastructure, and on harnessing youth and female entrepreneurship.

The goals of the Clinton Global initiative jibes with the goals of the meeting’s main sponsor OCP, which hopes to export more fertilizers to African countries to help increase crop production, Politico said.

OCP was connected with the Clinton Foundation by Stuart Eizenstat, a senior counsel at the Covington & Burling LLP law firm, which represents OCP in Washington.

“The Clinton Global Initiative was already involved in a number of agricultural activities, but in different countries than the ones OCP is interested in,” Eizenstat was quoted by Politico as saying.

“And it just occurred to me that they’re working generally in the same space to try to improve crop yields to try to help nutrition for poor Africans, and so I got the two of them together. I was not present at the meeting, but I helped arrange it,” he added.