Rabat - Moroccan police arrested a woman in Inzgan, the commercial center of Agadir, for asking people for money using a doll that makes noise and cries like a real baby. 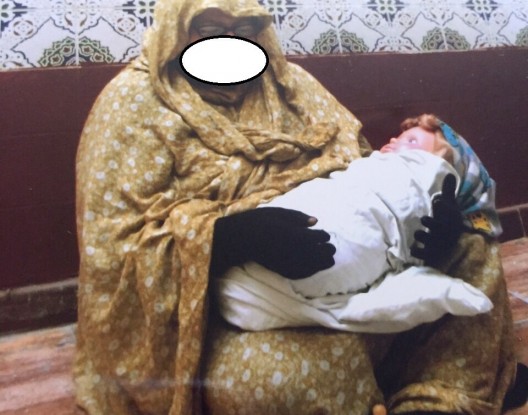 Rabat – Moroccan police arrested a woman in Inzgan, the commercial center of Agadir, for asking people for money using a doll that makes noise and cries like a real baby.

In Morocco, outstretching a hand miserably in any public space is enough to start receiving coins from people. But to be a successful mendicant, a professional beggar, one must accrue experience and develop some tricks including cunning. This 45-year-old woman did just that.

Completely covered, the beggar was deceiving people with a doll rapped in white clothes, emitting baby-like sounds and cries. The cunning beggar was walking miserably in the streets of Inzgan, waving an empty baby bottle.

The pretend-mother ended up being arrested by police and taken to the police station for investigations after a police officer suspected her odd behavior.

To the dismay of investigators, the woman, who was previously accused of marital infidelity, confessed that she was using the doll to lure passers-by who never hesitate to help her and her baby.

Thanks to this swindling method, the woman, a mother of three sons, one of whom works abroad, managed to buy a 2,000 square meter estate.