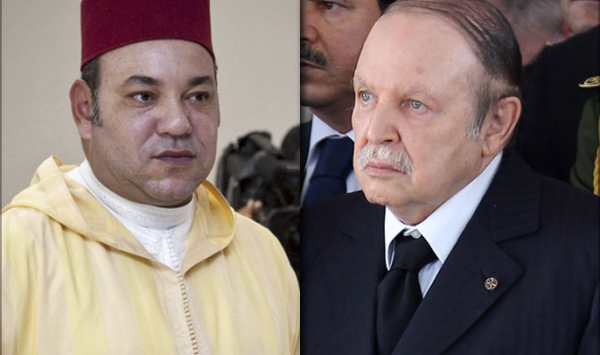 San Francisco- Ask any Moroccan official about dealing with Algeria and the first things that come to mind are obsession and paranoia regarding the state of mind of the Algerian regime.

The decision of the governing body of African Football (CAF) to award to Gabon the hosting of the 2017 African Nation Championship is a vivid example. The Algerian media now apparently believes that the friendship between the president of Gabon Ali Bongo Ondimba and the king of Morocco is the main reason Algeria failed to impress the CAF executive committee and gain the award.

Ordinary Algerians rightfully refuse to make sense of what just has taken place in Egypt when the CAF executive committee voted to award the organization of this top African sports event to Gabon, a country that in 2012 was a co-organizer of this same event.

While the majority of ordinary Algerians blame their own officials for not doing enough to submit a solid bid that would make it impossible for CAF to award the organization of the event to another country, Algerian media chose to single out Morocco as the main cause of their failure.

To prove to their people that Morocco had a hand on their failure, they point to the latest victory of Morocco against CAF when Morocco was initially barred from competing in African Soccer events for the next 4 years but eventually was able to overturn the CAF sanctions. Their explanation is simple the Axe[@@axis of?] Morocco-Cameroon-Gabon is the one to blame and there is nothing their football federation could have done to overcome this hurdle.

Let’s remember that a few months back the Algerian media and sadly some in the Algerian general public celebrated the sanctions against Morocco. Many even believed that banning Morocco for 4 years and imposing an $8 million fine was not harsh enough.

Many Algerians at the time pushed by their media truly believed that Morocco refused to organize the 2015 CAF championship fearing that the King of Morocco would be forced to hand the African Championship trophy to an Algerian player in the heart of Morocco, something they say would certainly cause great shame to the Moroccan people and might even cause riots in the country. We all know the rest when Algeria’s team was sent packing very early in the competition.

Good thing Morocco was not part of the event; otherwise, the Algerian media would certainly have found a way of relating their team’s bad performance on the pitch to the king of Morocco.

It is simply unbelievable what you now read in the Algerian media. They blame Morocco for anything and everything. No one in his or her right mind can explain the enmity of the Algerian media toward Morocco as anything other than obsession and paranoia.

The definition of these terms above clearly describes how the Algerian media and regime see Morocco.

The Algeria media and the regime that supports it misinterpret reality. No matter what Morocco does or does not do, they see it as a ruse or an attack ready to take place on them on any moment; their anxiety and fear that Morocco will catch them by surprise is preoccupying their mind at all time.

Their obsession with their neighbor is limitless. Bad blood has been running wild between Morocco and Algeria’s media but it was never expected that the Algerian media would stoop so low as to allege that Issa Hayatou who is an archenemy of Morocco is now conspiring with Morocco to weaken Algeria.

A few months ago Morocco and Tunisia asked Algeria and Egypt to stand as a north African united front against Issa Hayatou, Algeria’s response: You both are on your own, Algeria has no problem with CAF nor with Issa Hayatou.

The very sad part in all this is that there is no end in sight in the near or long-term future. The relationship is now affecting the people of Morocco and Algeria. Anytime Moroccan teams play in Algeria or Algerian teams play in Morocco, we witness more booing and whistling from the stands instead of the cheers that we used to see.

This is a clear indication that the media in both countries are starting to influence the relationship between the people of both countries. This will have dire consequences on the future of Maghreb. The two countries are moving toward the balkanization of North Africa without realizing it.