Fez - Maroc Telecom will become the official sponsor of The Gnaoua World Music Festival in Essaouira, after offering more money than Meditel. 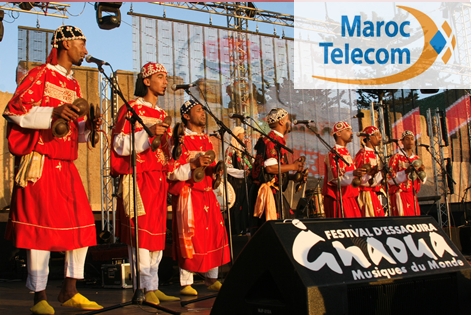 Fez – Maroc Telecom will become the official sponsor of The Gnaoua World Music Festival in Essaouira, after offering more money than Meditel.

Since its inception, Meditel, Morocco’s second telecommunications operator, has linked its brand to the Ganoua World Music Festival in Essaouira.

For fifteen years the company has spent millions of dirhams sponsoring the event, which welcomes artists and fans from around the world to celebrate Gnaoua music.

This year, however, Maroc Telecom takes over for the 18th festival, which starts on May 13.

Maroc Telecom has succeeded in tempting organizers to change their sponsor by offering double what Meditel was paying.

“Indeed, Maroc Telecom has made a more attractive offer than the contract we had with Meditel. We accepted and signed with them for three years,” said Neila Tazi, the festival director.

Tazi added that this change is good news for Essaouira. A socio-economic study found that for every dirham of sponsorship for the festival, Essaouira earns 17 dirhams.

Nezha also hoped that the Emirati sponsorship would not change the “spirit of the festival.”