Rabat - Militants claiming loyalty to terror group the Islamic State said they carried out the bombing attack at the Moroccan embassy in Libya in the early hours of Monday. 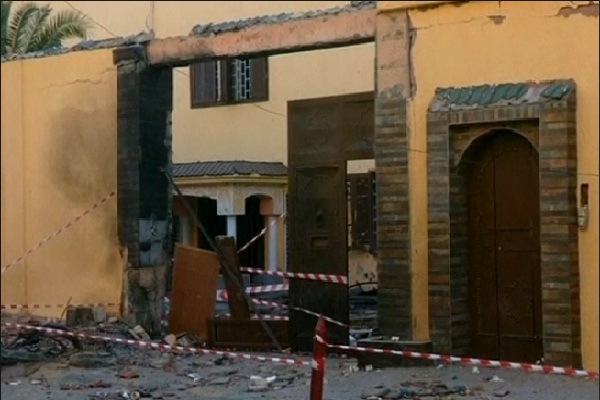 Rabat – Militants claiming loyalty to terror group the Islamic State said they carried out the bombing attack at the Moroccan embassy in Libya in the early hours of Monday.

A bomb was left in a bag at the gate of the Moroccan embassy in the Bin Ashour area of the Libyan capital, Tripoli. A witness told Agence France Press (AFP) that the explosion on Monday morning was “very strong, and the house was shaking for few seconds.”

The alleged fighters posted on Twitter claiming responsibility for the attack.

The blast damaged the gate of the Moroccan embassy and a nearby residential building. The embassy is not currently operational. Nobody was hurt by the blast, security officials said.

This comes as rival Libyan government factions are preparing for a new round of UN-sponsored talks in Morocco.

On Sunday, two local security guards were killed after gunmen opened fire from a passing car on a security post outside South Korea’s embassy in Tripoli.